Let’s talk about the sheer madness that is the Democratic party. We need to credit @realDonaldTrump  for driving them into becoming kamikaze.

You know what the kamikaze did?

STRENGTHENED THE RESOLVE OF THE ALLIES TO WIN. The tactic totally backfired. It made the Allies think THIS:

“These people are so insane that the only way to stop them is to hit them as hard as we can.”

Trump created EXACTLY the same dynamic. We see that no matter what we do, we get violence. Therefore we may as well go for it, since they won’t stop anyway.

Like the Japanese, the Democrats were in no position to become kamikaze. Japanese aircraft had no armor and no self-sealing fuel tanks. Therefore they were fragile. A single burst of fire turned them into fireballs.

A kamikaze needs to be heavily armored in order to get to the target.

The Allies also had a secret weapon: The proximity fuse. Each anti-aircraft round had a tiny radar transmitter-receiver in it. The radar detected the aircraft and detonated the round NEAR it.

The round exploded into razor-sharp fragments, so proximity fuses allowed antiaircraft gunners to aim in the general vicinity of the aircraft and bring it down. They didn’t have to hit it directly or estimate the height and set timed fuses.

The Democrats have become an astonishing self-parody.

Jerry Nadler’s feet are totally numb from diabetes. This public appearance is utterly grotesque, particularly since THEY are the party of lawlessness. 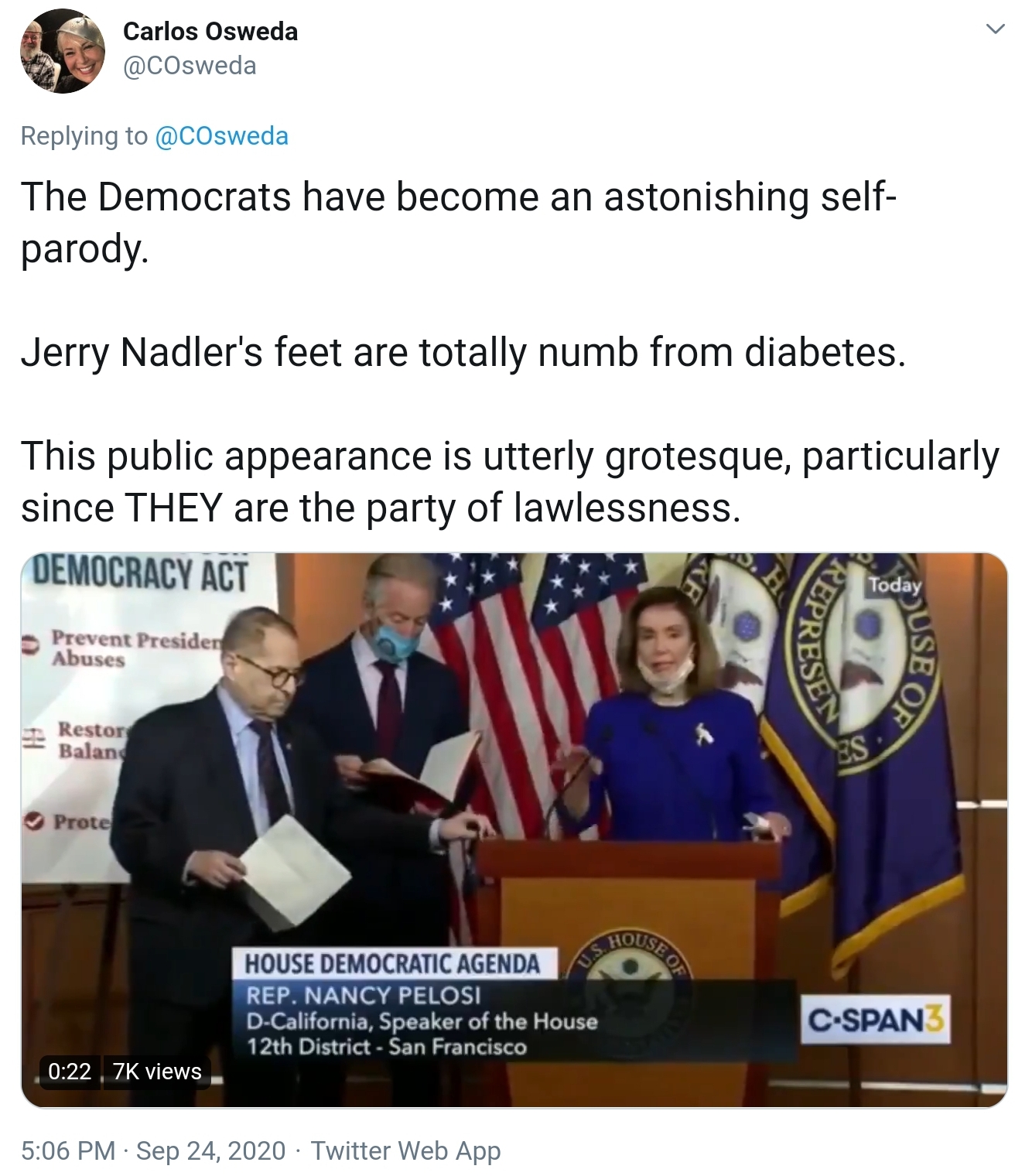 Nadler is wearing special shoes with HEEL EXTENSIONS. This is to keep him from falling over backward. A lifetime of gluttony had finally caught up with him. 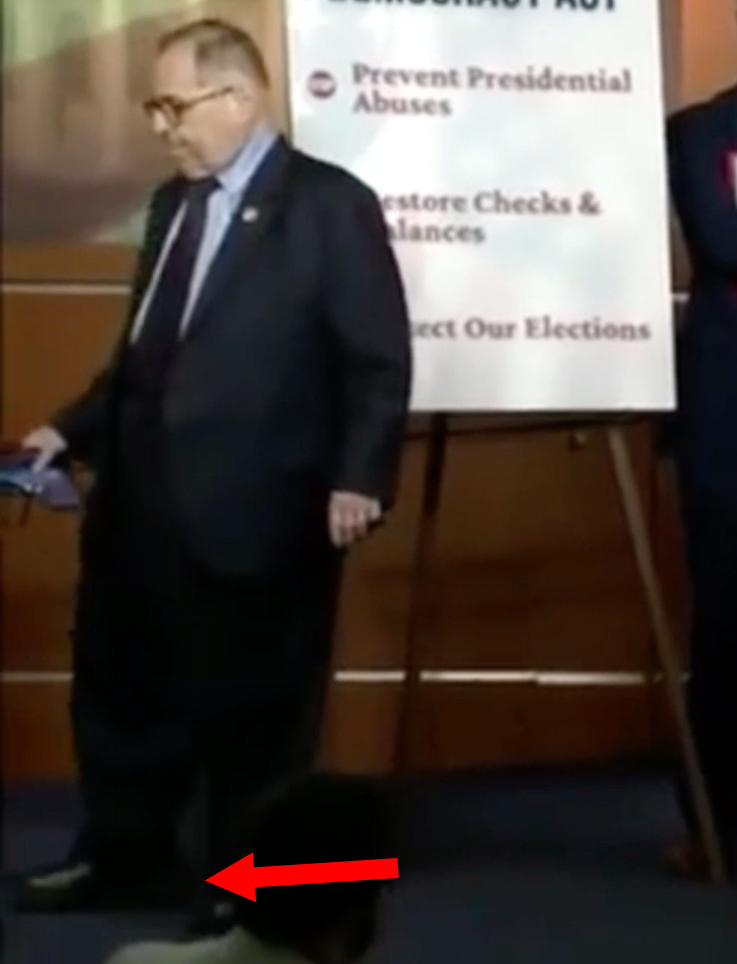 This always happens in Soviet-style politburos. They refuse to leave power even when they’re deathly ill. And Biden MAY be laying the groundwork for canceling the debates.

Joe Biden Off Campaign Trail for Ninth Day in September

Trump is doing TWO peaceful protests today, while Biden went home and climbed into bed at 9:00 a.m. But Biden mocked TRUMP with the lie that Trump couldn’t walk down a ramp at an appearance.

Guess what Trump did last year? First time in American history this happened.

Amish people are attending Trump peaceful protests. And this is the first time this ever happened in this area. They were heavily guarded.

GUESS WHY THEY’RE THEY’RE COMING OUT AND VOTING?

To stop the riots. They say only Trump can restore order, fix the economy, and bring back tourism.

I missed this ad when it came out.

What you are SEEING is what’s HAPPENING. There’s no secret plan. BIDEN is the plan.

And the feds infiltrated the state voting apparatuses long ago.

Revised Statement Of U.S. Attorney Freed On Inquiry Into Reports Of Potential Issues With Mail-In Ballots

US Attorneys have informants in all the state voting apparatuses.

This is the problem with people listening to panic-mongers and not knowing how anything works.

THE DEMOCRATS DO NOT HAVE SUPERPOWERS. They don’t have even regular powers. They can’t THINK.

When your tactics alienate every single sane person in the country, how can you win?

You folks out there can continue being afraid, or you can grow a pair.

The demon makes the most commotion before its driven out. And it WILL be driven out.

COMMENT : But what if the insane now outnumber the sane?