I want to answer a question asked by @majicmarkers1. But first, an illustration of
some of the many reasons I’m a rabid supporter of @realDonaldTrump.

This is one of the greatest cover songs in the history of popular music.

The Cleverleys are performance artists. They pretend to be a family, but the band has had several different members. This is the best iteration.

They do what Trump does: Hide their virtuosity.

I live for originality.

Compare these guys to Cardi B. Different dimensions.

So here’s the question I was asked: 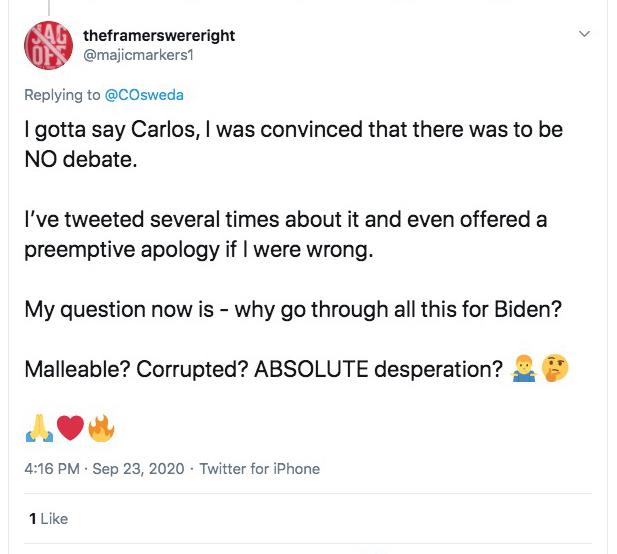 The short answer is that they NEVER TOOK TRUMP INTO CONSIDERATION.

And of course they had no idea the Biden would develop dementia so rapidly. They
convinced themselves that Obama is beloved, so his vice president would be a shoo-in.

Leftists care only about words, not actions.

And that’s the main way Trump defeated them. He made no effort to change his persona after he got elected. Instead, he DELIVERED. And it worked.

Seriously: Can you even begin to grasp the courage it took this person to CHANGE? And the moral clarity?

AND THEN TO MAKE AN AD?! 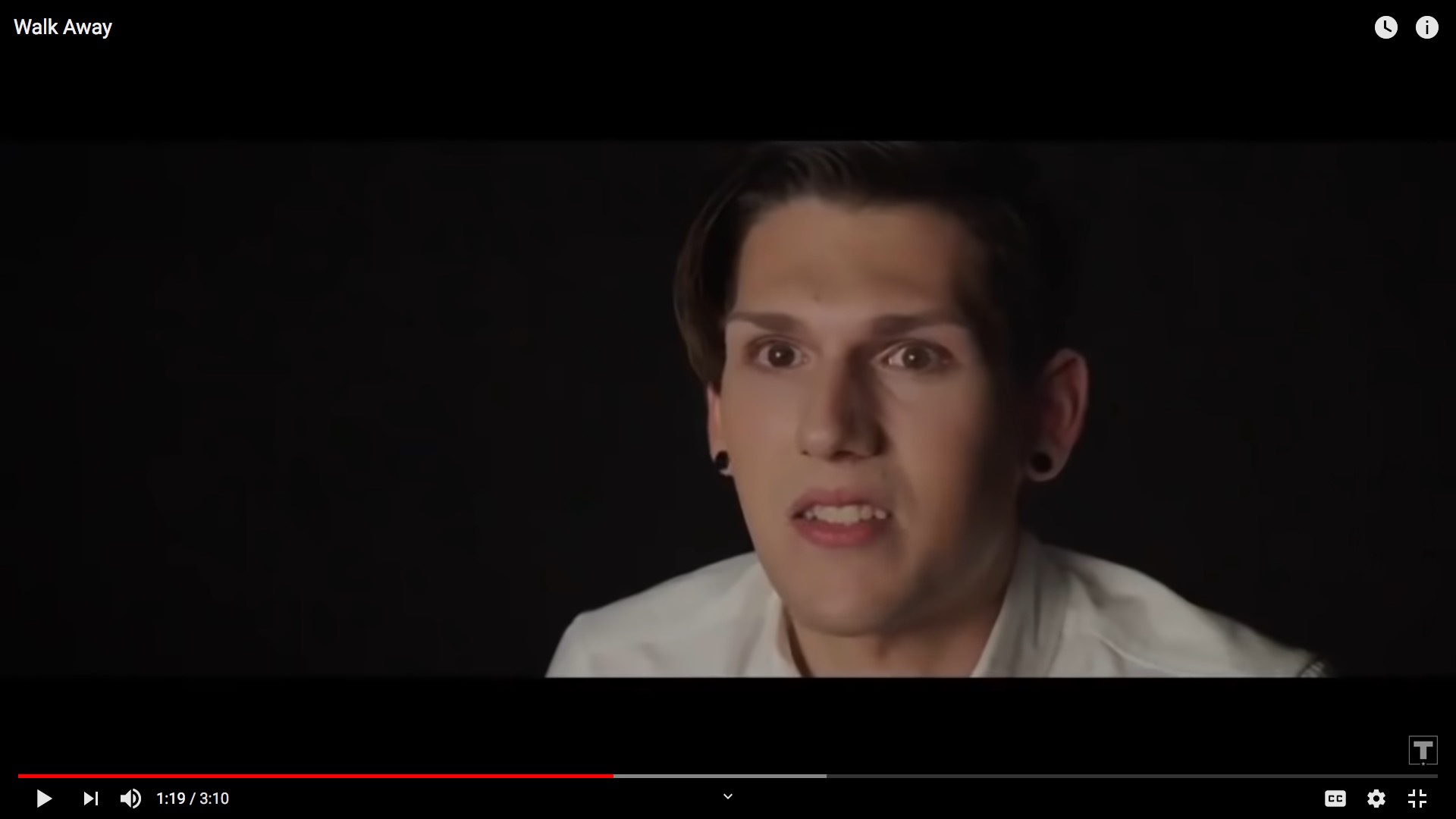 Trump fooled the Democrats by DELIVERING.

He also used FAKE LEAKS to present himself as chaotic and incompetent.

And finally, Trump’s Judas goats have been DELIBERATELY giving the Democrats terrible advice for years.

The Democrats have conditioned themselves to NEVER accept that Trump can win.

Let me tell you about an experiment I did on myself:

I always wondered why “involuntary” expressions of pain are different for every culture and language. We say, “Ow!”

The obvious answer is that these expressions are LEARNED.

So I conditioned myself to CHANGE my “involuntary” expression of pain.

And it worked! It became involuntary. It took only a couple of months. I did it for a few months.

Then I changed it back to “Ow!”

So I PROVED that a person can condition themselves. “Al!” became my NATURAL expression of pain. I didn’t even think about it. When I hurt myself, “Al!” came out.

Leftists CONDITIONED themselves to never see Trump as a threat. No amount of reasoning with them would work. Only the people with COURAGE AND INTEGRITY could force themselves to break free from the conditioning.

The stakes are too high for the Democratic party to admit that its doomed. So it plows ahead, toward its destruction.

History is full of examples of leaders and armed forces doing this. When you hold your enemy in contempt, you ALWAYS PAY FOR IT. Underestimating the enemy is a fatal mistake.

So now the Democrats are running a candidate with dementia. But that’s not all that’s wrong with him.

He’s got totally numb feet. Before he walks, he looks at his feet. And both staffers carefully watch his feet. 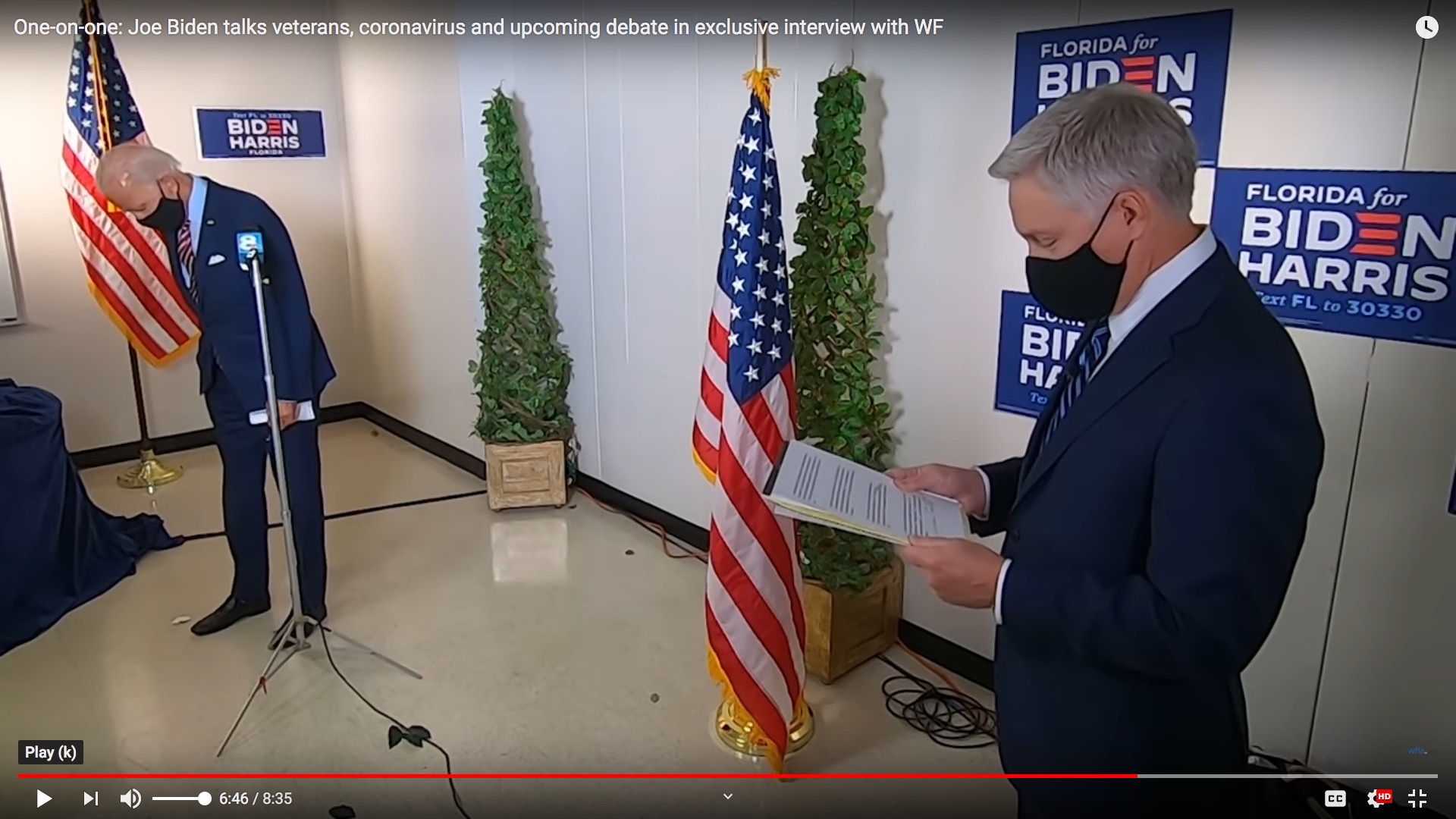 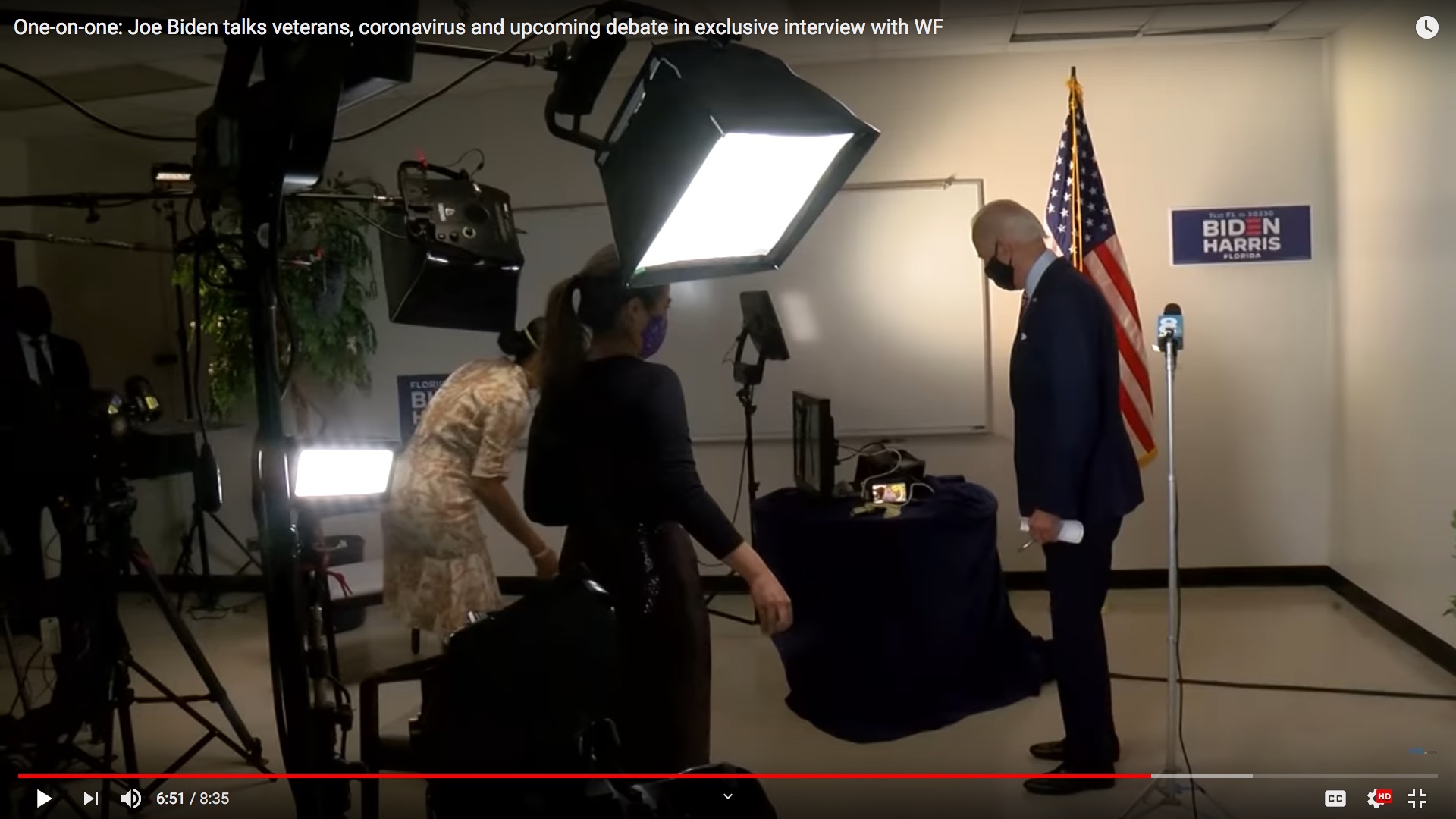 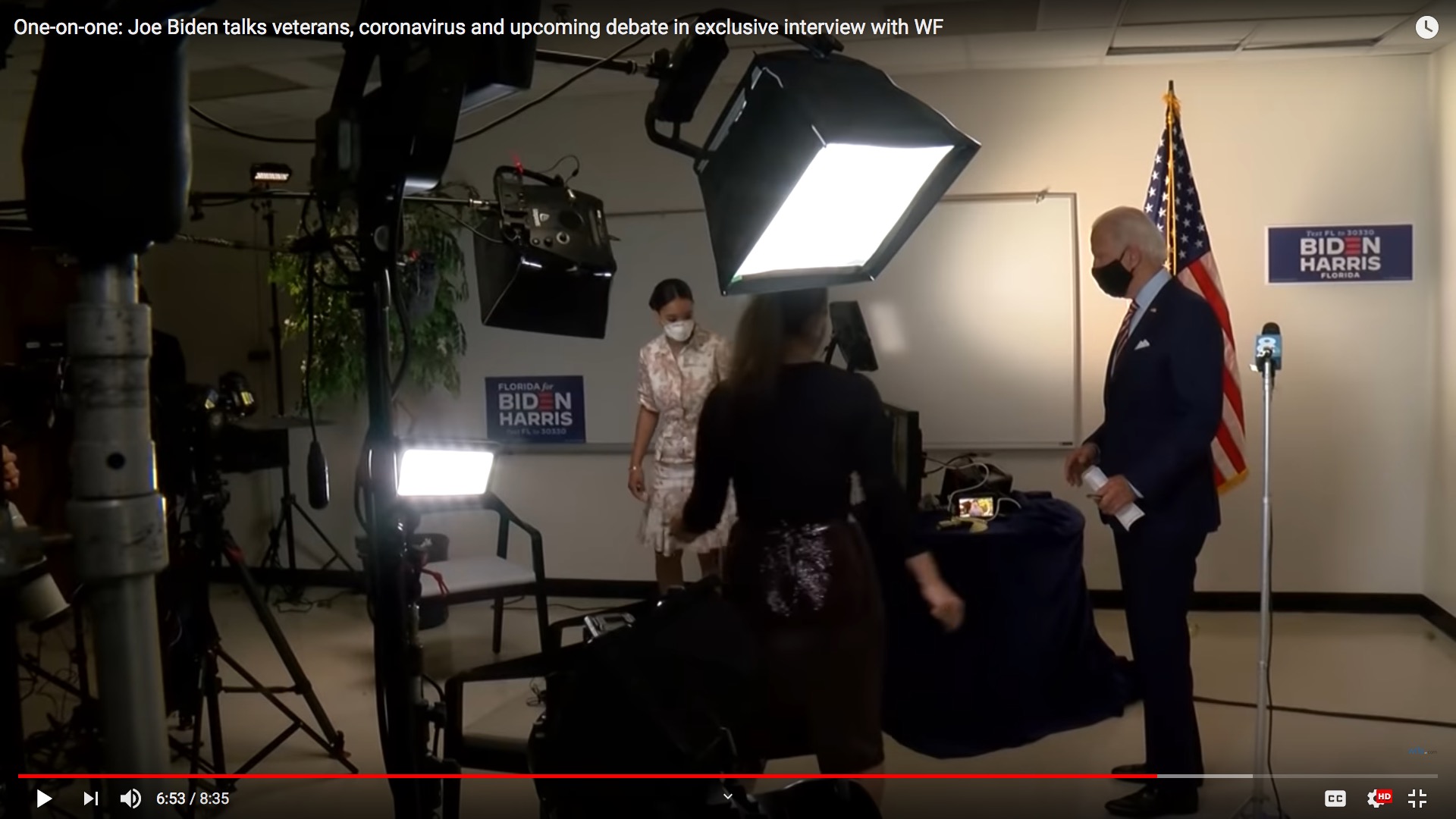 The person on the cellphone is giving the orders. Some form of teleconferencing. 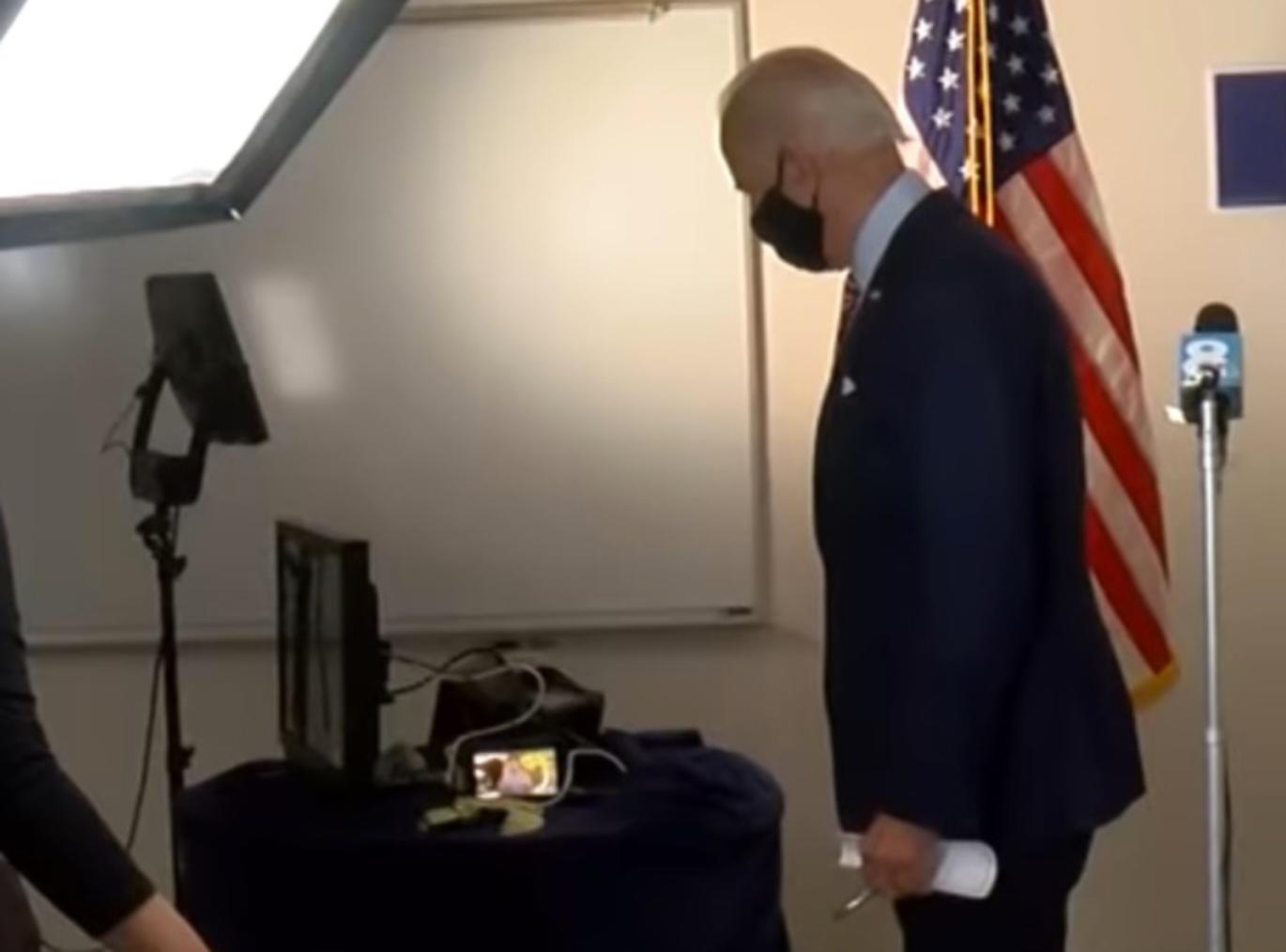 The reason this insanity is happening is that it’s the logical endpoint of leftist ideology. Every single leftist government fails because the ideology itself is not rooted in reality.

Did you see THIS?

This is being PRAISED. Newsom said that by banning gasoline-powered passenger vehicles, he’ll FORCE people come up with viable alternatives.

The only thing this order will do is make California even more of a failed state.

The state has already said that the electrical grid will NEVER be able to handle recharging that many electric cars.

And even if the entire United States goes back to donkey carts, it’ll make NO
DIFFERENCE on the climate.

So California will go red in the next couple of years.

Leftism is not rooted in reality.

And that’s why Trump will be reelected in a historic landslide.

The worst thing that ever happened to the Nazis was Hitler. He forced them to do things that ENSURED their defeat. Hitler was not rational. His demands were not rooted in reality.

The only reason the Nazis did so well until early 1943 was the total lack of preparation among the Allies. And the ALLIES were not prepared because THEIR pre-war beliefs were not rooted in reality.

Tell that to all the Americans who had to fight with obsolete weapons until late 1943. It’s criminal what ALL the Allies did.

Trump has the right idea: Peace through superior firepower.

By the time the Nazis had lost the war–two years before the fighting stopped–Hitler was forcing the war machine to spend time on insane ideas that had ZERO CHANCE of working.

When your tank is too heavy for ALL PAVED ROADS AND ALL BRIDGES, it’s worthless. 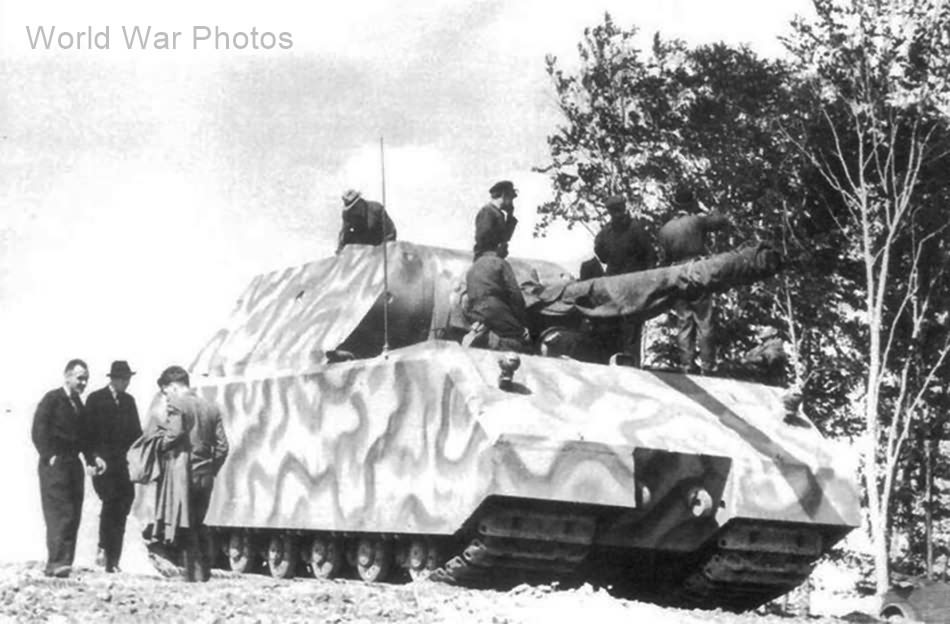 But Hitler was as physically ill as so many Democratic leaders. And he was hooked on speed and morphine. And his diet was horrible.

COMMENT : All Trump needed to do was let the left be themselves. I know you have spoken about this in terms of weapons systems, but I wonder if what we are seeing in the streets is a kind of psycho-social deflagration.

CaOs REPLY : You bet. I see TONS of undercover operatives, making sure that things don’t get TOO out of hand. The sectarian assassination of Aaron “Jay” Danielson in Portland was not anticipated because it was so insane, but NOW it’s a known tactic.

COMMENT : Carlos, what do you think about all the protests that are popping off all over the country tonight about the Breonna Taylor death case? It seems very co-ordinated.

CaOs REPLY : They are. Imagine a counter on the screen labeled “New Trump Supporters.”

COMMENT : Everyone is focused on the bright shiny object (Biden) and looking for the ulterior plan going in the background. Biden was never going to be the “President”.