Let’s talk about the Democrats’ plan for Biden in the debates and how it’s doomed, as of course @realDonaldTrump knows.

Body language analysis is only partially effective, but I’ll use this video as a jumping-off point.

She’s correct that Biden has an earpiece, but it’s MUCH MORE than that. The proof is his slack, confused, frightened face before he begins getting the answers through his earpiece. 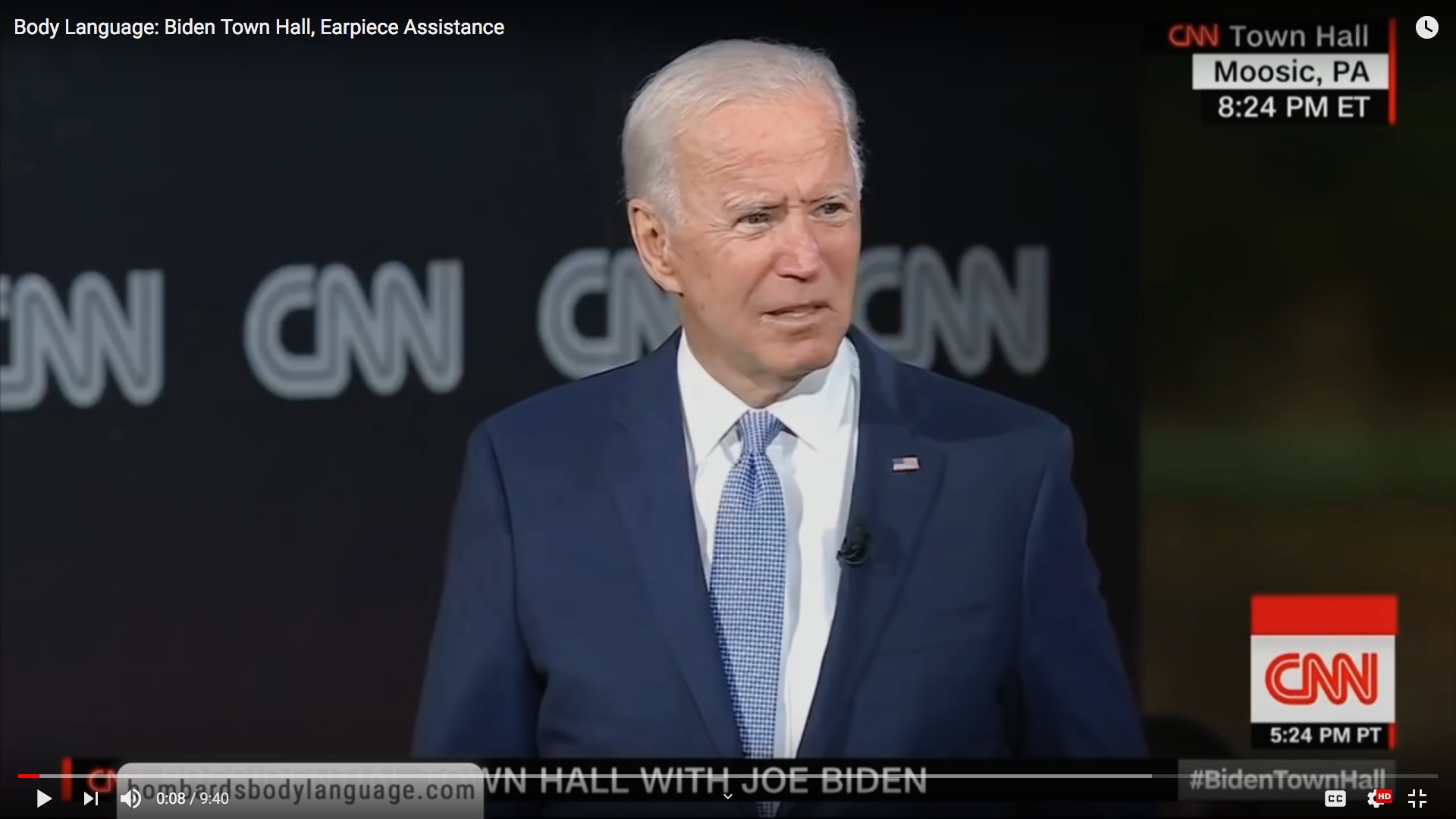 Has anyone else noticed this? Biden always REACHES INTO HIS POCKET before he answers certain questions. See how confused and frightened he looks? 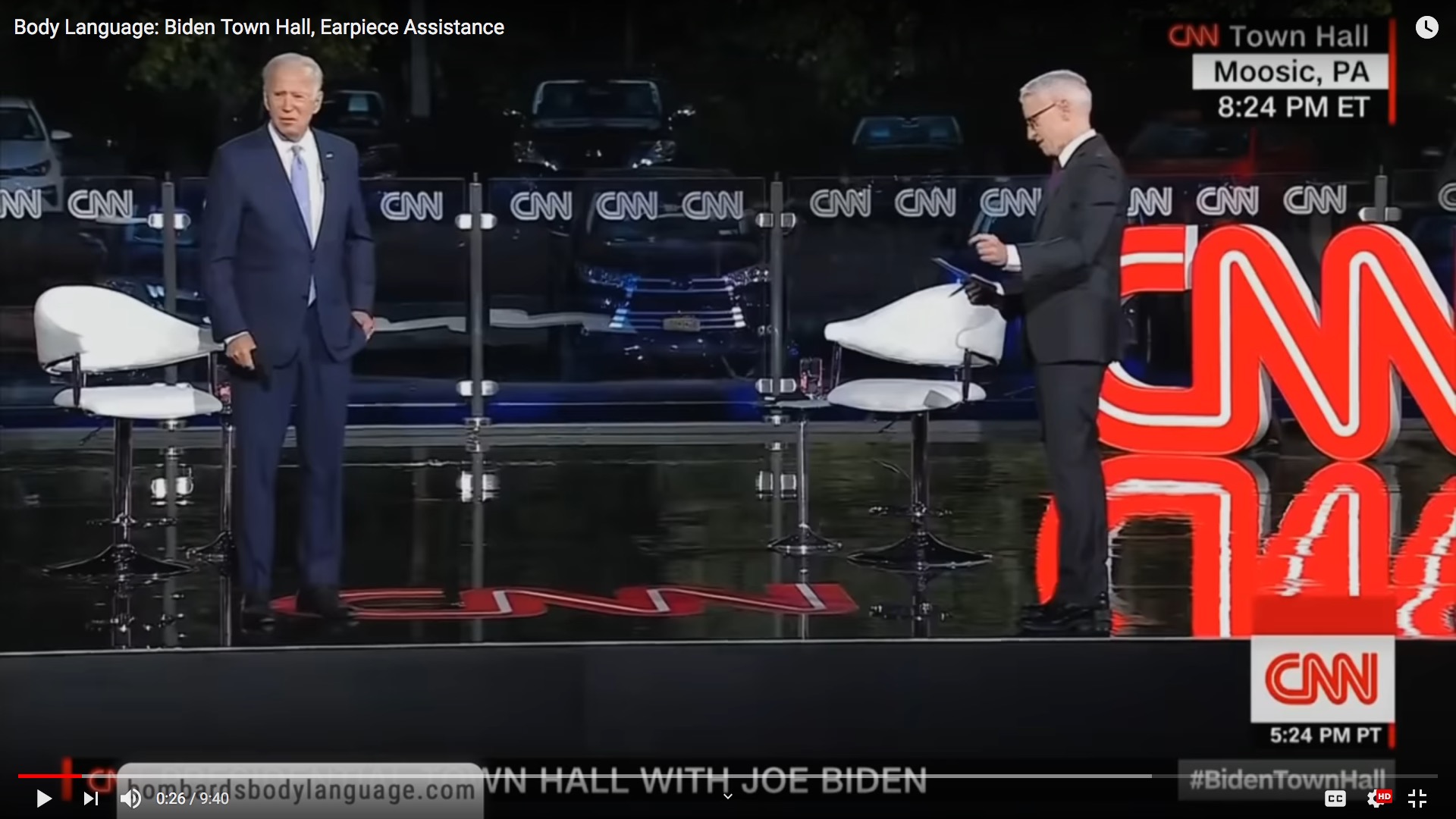 And here’s how he looks AFTER he reaches into his pocket. 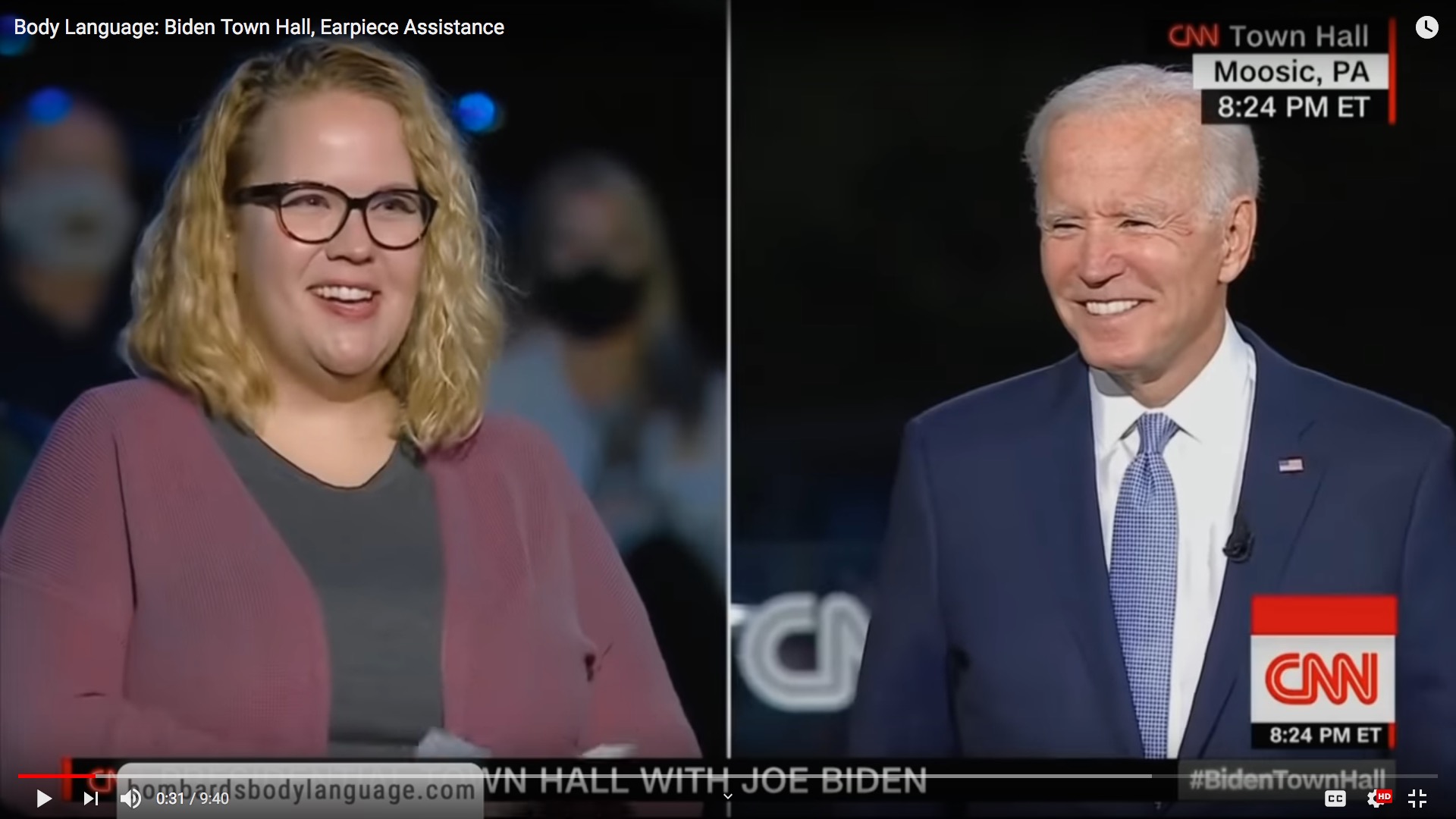 The reason he usually wears a mask is to hide his confused, frightened face. Watch his free hand. 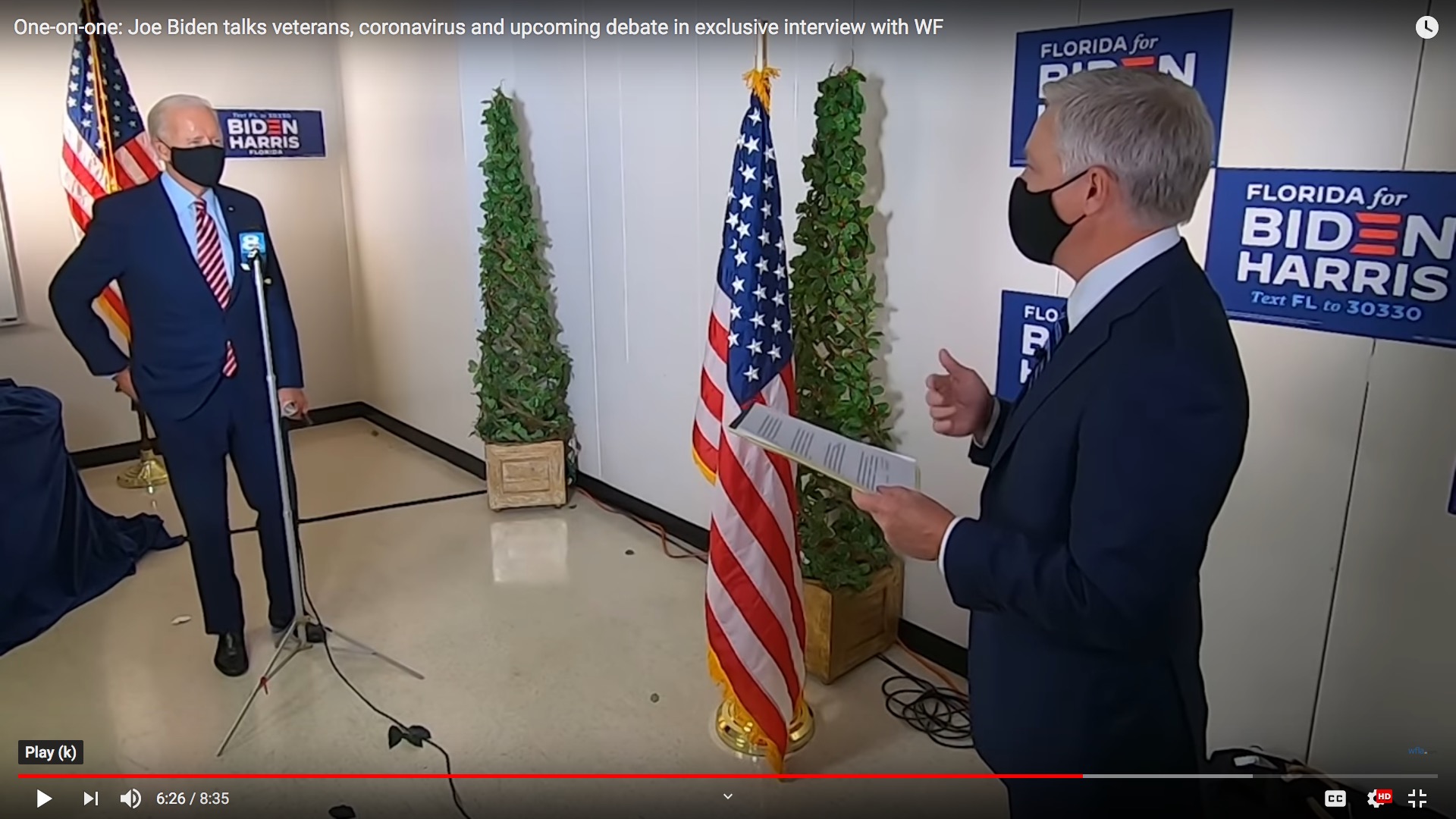 What’s he doing? He’s activating a fully implanted, invisible receiver that uses BONE
CONDUCTION to get messages. My guess is the switch also reduces ambient noise so that he can concentrate on the spoken instruction.

Remember when Biden totally disappeared? He was having something like THIS implanted.

“The remarkable Esteem® Hearing Implant is designed to provide qualified candidates with a unique combination of real-world benefits. The Esteem is An INVISIBLE Solution — You don’t just hear better. You look and feel better. There are no external components. And nothing is in your ear canal.”

Bone conduction works extremely well. Sound is just vibrations. This invisible implant has been converted to a receiver that transmits vibrations into Biden’s addled head. He switches it on and off at will. His wristwatch vibrates when they want him to activate the system.

I’m absolutely shocked that they’re doing this. If I was able to figure it out, Trump’s people knew about long ago.

Without getting specific, Trump is protected by jammers that disrupt radio signals.

Why won’t it work here?

The Biden system must have more power than Trump’s protective jamming. NOT A CHANCE.

“It is shown that [anti-jamming protection] capacity is positive, and then equals the common randomness assisted (CR) capacity, if and only if the sender power strictly exceeds the jammer power.”

Frequency hopping does not increase anti-jamming resilience of wireless channels

Biden’s system will fail at best. At worst, Trump’s people will give him bogus answers.

OUR ARAB ALLIES DID THIS IN SYRIA, YEMEN, AND IRAQ.

They got the Russians to bomb Iranians and Hezbollah. They got the Yemeni Houthis to fire on each other. They fooled the Kurds into running out of Kirkuk so that the Iraqi government could reclaim the city without firing a shot. The Iraqis didn’t want to hurt the Kurds, but the Kurds had taken land that didn’t belong to them. So they were CONFUSED out of Kirkuk.

Have you heard of “deepfakes”? I’ve haven’t seen a single one that was convincing.

There’s technology out there that you wouldn’t believe.

Real-time interpretation into an absolutely native-sounding foreign language based on an actual person’s voice. THAT is how you spoof the enemy into imploding.

IT’S BEEN USED IN COMBAT.

Now I’m DEFINITELY not going to watch the Trump-Biden debates. It has the potential of being the most horrific spectacle in the history of televised broadcasting.

Biden will say that Trump called his dead son a loser.

It makes no sense, of course.

Beau Biden served in Iraq from 2008 to 2009 as a major in the Judge Advocate General Corps assigned to the 261st Signal Brigade. He was a NONCOMBATANT, and he suffered from brain cancer for five years.

Biden says his son had glioblastoma. It’s very rare for glioblastoma patients to live that long.

But Biden is combining TWO lies: The original lie is that Trump said those killed in combat are losers are suckers. The second lie is Biden including his son in that category.

There’s almost no doubt that Biden will say this at the debate. Biden absolutely DESERVES what will happen to him at that point, especially since his communication system will be down or filled with psyops.

I said earlier that I myself don’t get revenge, but I enjoy comeuppance. Wrongdoers getting what they deserve.

This is my own issue. I have to concentrate on peaceful things in order to make it
over the finish line. I’ve experienced too much.

I approve of revenge.

GIVE THEM HELL, MR. PRESIDENT.

I care, Mr. President, but I’m disabled. All my time is spent keeping the darkness at bay.

I depend on YOU to do the hard things for me. You’re doing God’s work.

I heard a conservative today (on the radio), he was proudly giving the Biden team tips to do to win the debate. I like Carols’ advice better!

Debates won’t change anything, and Biden made the fatal mistake of repeating the stupid lie that Trump thinks fallen troops are losers and suckers. Trump will make him pay.