Now I will explain the obvious, just to drive home the point. @realDonaldTrump
WILL be reelected,

He is unable to cry “HAVOC!” and unleash the dogs of war until AFTER he’s safely reelected.

Why not? Because of the American voter. 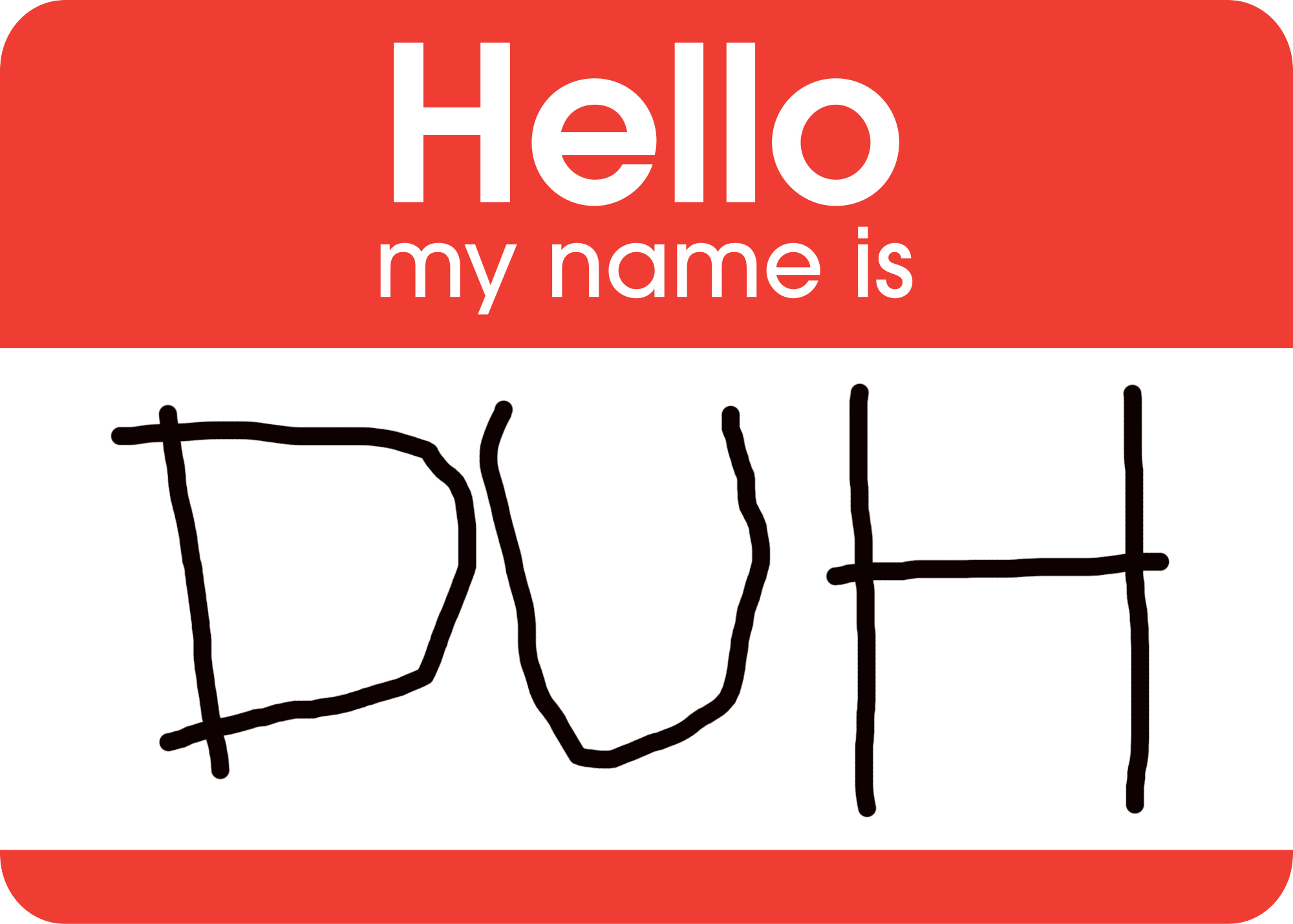 Jake Gardner was lynched in NEBRASKA. Not New York, Minnesota, or California. MIDDLE AMERICA. Charged for defending his father and himself after being attacked by psychos who had a green light from the city. 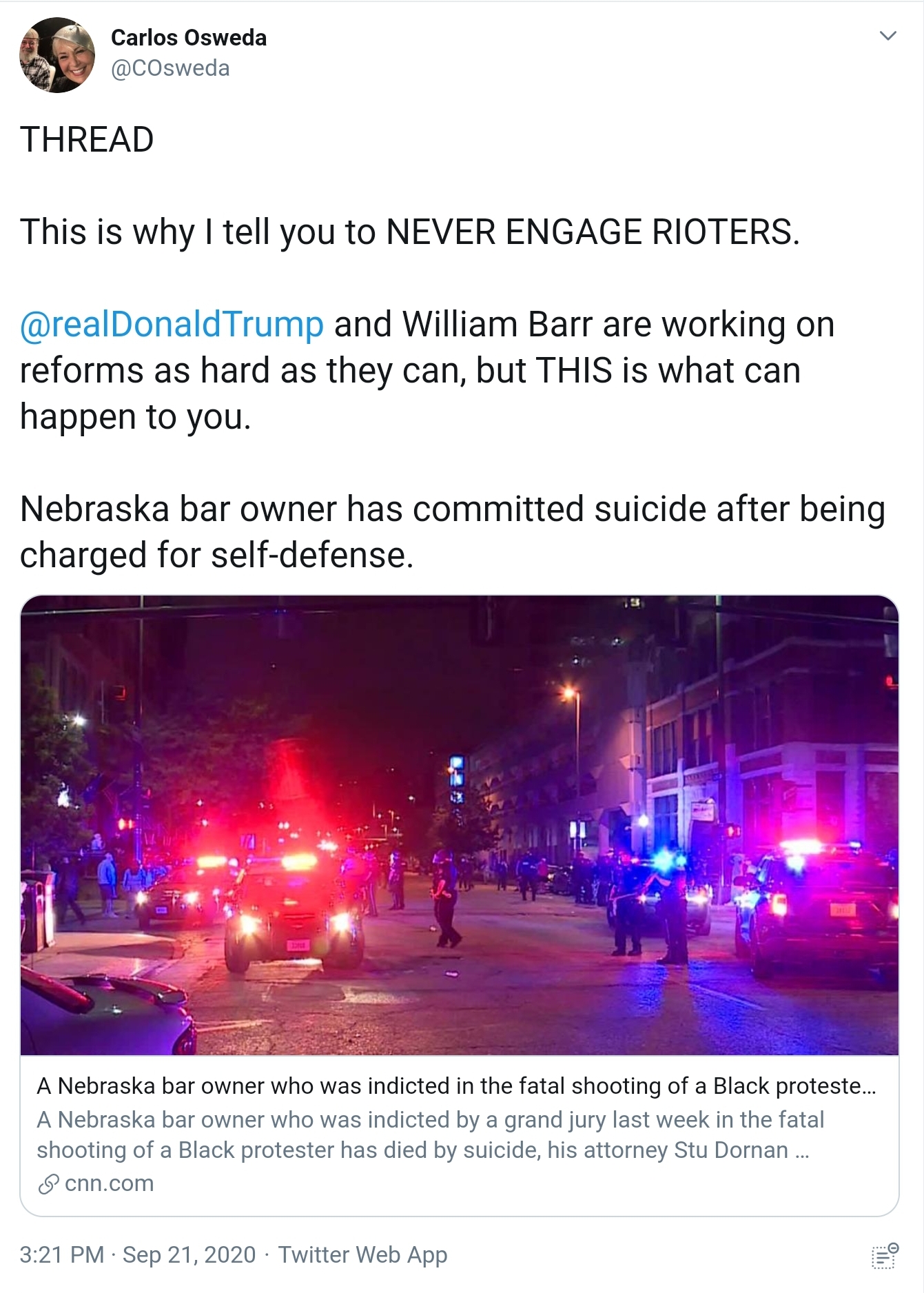 Douglas County Attorney ruled that it was self-defense, but his racial guilt made him ask for a grand jury to GET HIM OFF THE HOOK FOR ENFORCING THE LAW. A virtue-signaling district judge appointed a special prosecutor who convened a hand-picked grand jury. They came back with obscene charges: Manslaughter, use of a deadly weapon to commit a felony, attempted first-degree assault and terroristic threats.

Jake Gardner had cooperated with the police, so the special prosecutor USED his cooperation against him.

Jake Gardner committed suicide because HE KNEW HE WOULD BE CONVICTED. Back in May, MOST AMERICANS supported the rioting. We had to atone for NONEXISTENT SYSTEMIC RACISM. What better way to atone than to DIE? As long as it was someone else doing the dying, of course.

THESE ARE THE PEOPLE TRUMP NEEDS TO WIN.

You didn’t appreciate how brainwashed they are. But it’s not even REAL brainwashing. They’re perfectly willing to lynch OTHERS in order to feel virtuous. So if Trump had cracked down, these SCUMBAGS would’ve turned against him.

THAT IS THE PLAN.

Make the great mass of imbecilic scumbags feel superficially guilty because a photogenic CRIMINAL got his stupid ass killed. Look how cuddly he was! 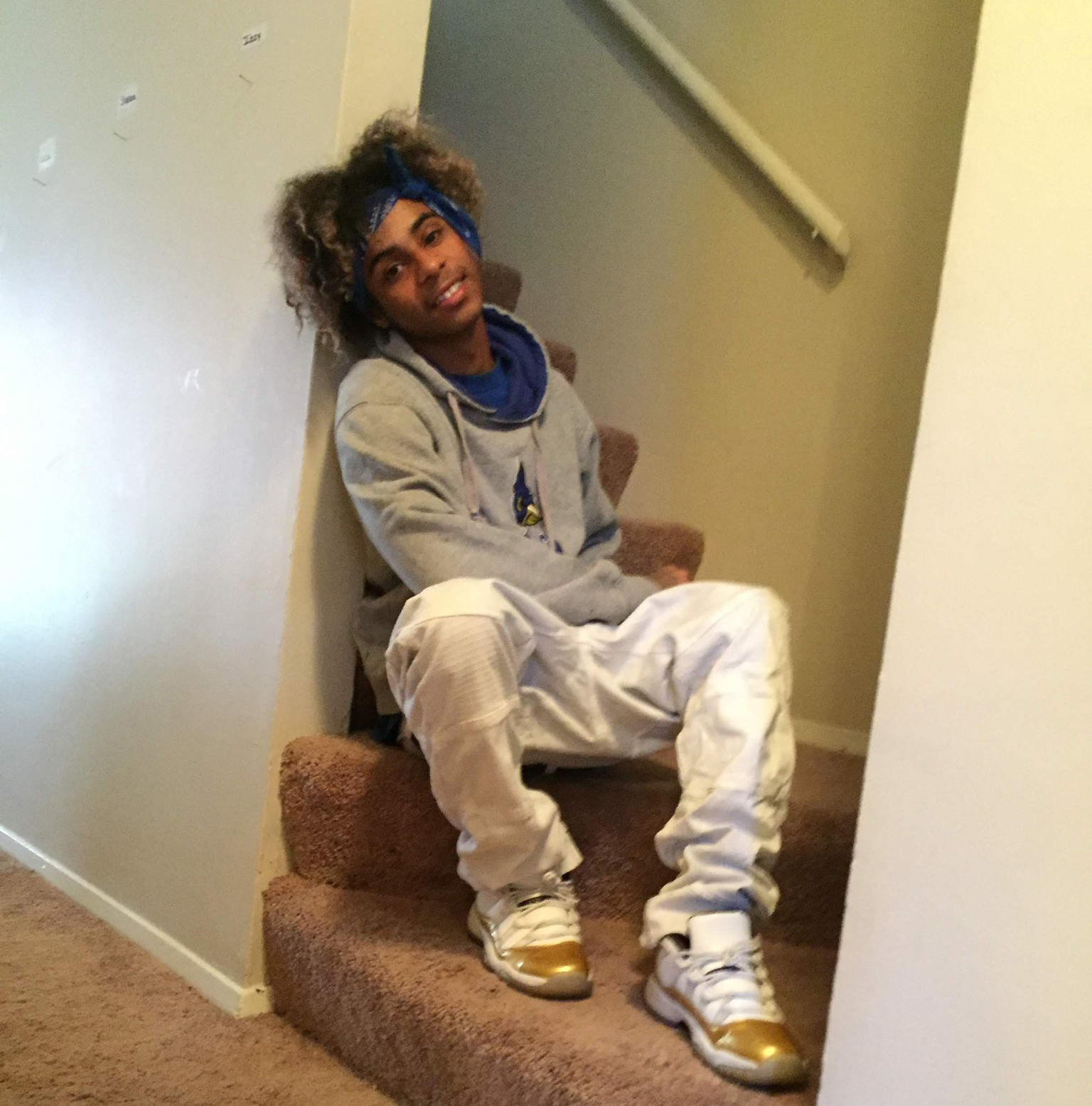 What are they leaving out of this charming narrative? He was a 22-year-old unwed father, a street thug, and there’s his mother on the right. His father is a convicted felon. His FAILED family was as broken as they come. TWENTY-TWO siblings from all the bed hopping. 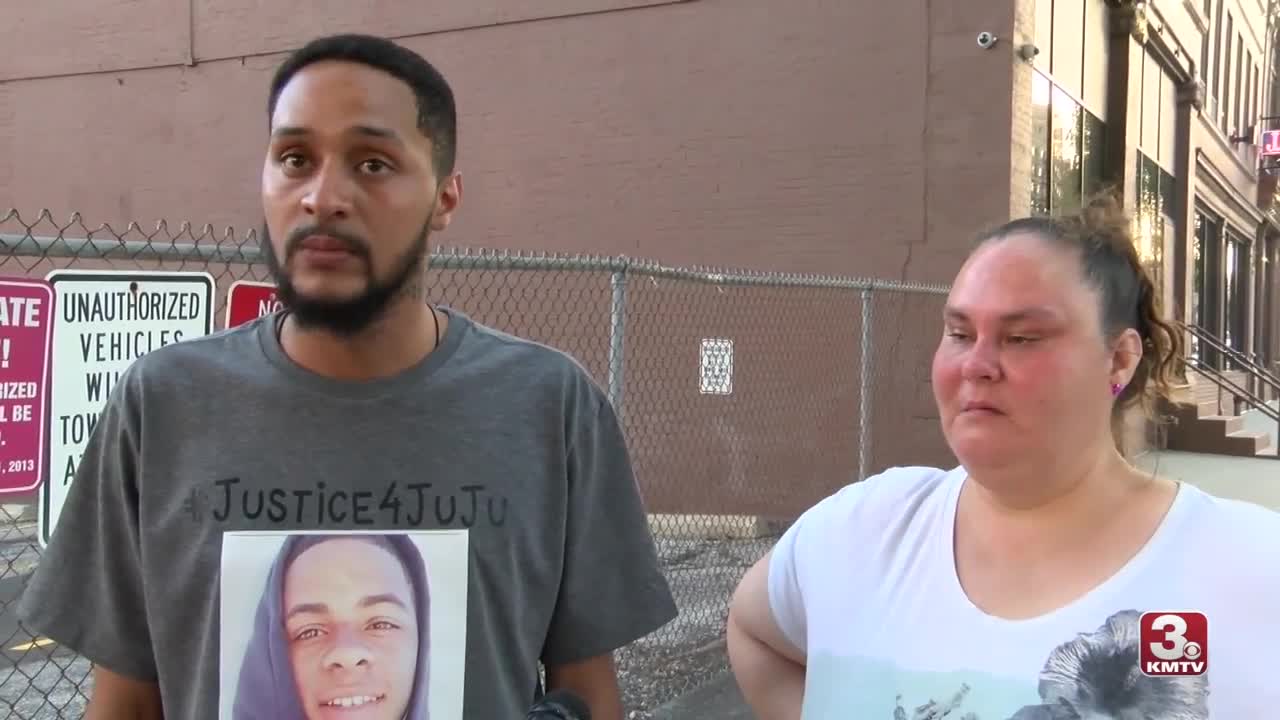 And Midwesterners LYNCHED Jake Gardner to make up for all the self-inflicted disasters of the Scurlock clan.

NOW DO YOU GET IT?

The superficially brainwashed but actually selfish voters will lynch YOU if Trump reestablishes the rule of law BEFORE he’s reelected.

That is the obscene reality. The atrocity that the body politic is.

And what about the Supreme Court? I’m a lapsed Catholic, so I can say this: ANY CATHOLIC ON THE SUPREME COURT IS A SECRET SOCIAL-JUSTICE WARRIOR.

Scalia was the only exception.

Trump is looking at a bunch of Catholics, so we’d better hope to God for another Scalia.

THIS IS REALITY. WE LET THIS HAPPEN. We wanted our benefits and our pork, so we let everything slide.

You GUN IDIOTS got outflanked. I say that as a GUN OWNER.

You’re not rational about this stuff. Look at all the people who went out and did what you told them to do. THEY’RE ALL BEING PROSECUTED.

Do you finally understand? Am I getting through to you?

It’s because the LAW doesn’t matter. Only FEELINGS. That’s why “salt of the earth”
MIDWESTERNERS lynched Jake Gardner. To make THEMSELVES feel virtuous.

There’s only one way to win this war: REELECT TRUMP. You need to be rational. Did you see ANY of this coming?

I sure did. I sat down with an LA County Sheriff Department deputy over lunch, and I got him to tell me EVERYTHING about the law and how it’s used to prosecute LAW-ABIDING CITIZENS. I did this in 2010, after a woman came into my yard and stole a $7000 item.

Here’s what it comes down to: DEFENDING YOURSELF WITH ANY FORM OF VIOLENCE PUTS YOU IN LEGAL JEOPARDY. Even if they break into your house and FIRE ON YOU, you are REQUIRED to retreat until your back is against the wall.

You people talk big when it comes to what you’d do. How would you like to have all avenues of income and employment blocked, and then try to defend yourself with lawyers who don’t give a crap about what happens to you? Everyone in your entire family is hunted. Your friends are virtue signaling turds, so they turn against you.

And even if you WIN, you then have to fight another ten years for recompense, and the lawyers take it all in fees. You have no idea what the hell you’re talking about.

The only reason I had to defend myself like a caveman on my own property is that the cops had gotten PISSED OFF AT ME for making them do their jobs.

My days were numbered. If I had done ANYTHING ELSE, I’d be facing life in prison. Guaranteed.

I didn’t just go to talk therapy to control my homicidal rage. In order to CONTROL something, you can’t SUPPRESS IT. You don’t train a dog by locking it in the basement and hoping it never gets out and kills people. You learn TECHNIQUES to master the dog’s uncontrollability.

That means you have to LET THE DOG GO NUTS so that you can bring it down.

Do I have to spell it out for you? I know all about violence. I can control myself better than all of you. But first I had to let the dog go nuts. So I could experience it. I had help.

“Hydrophobia” is the archaic term for rabies.

“Who can describe hydrophobia better than one who has been bitten…and is now immune?”

— Anton Walbrook
The Life and Death of Colonel Blimp

Our fate rests in the hands of people whose heads are stuffed with oatmeal. They can turn on US — the law-abiding citizens — at any second, based on infantile narratives of injustice. Kind of like The Ox-Bow Incident, but starring Beavis and Butthead.

Mike Judge said that Beavis and Butthead were based on REAL PEOPLE.

Remember how Trump said he didn’t want to cause panic over COVID-19? Remember The Great Toilet-Paper Raid of 2020? SOME OF YOU STOCKED UP ON TOILET PAPER.

How many times did Tim Pool tells us that the end was nigh? Things are MUCH MORE PRECARIOUS THAN YOU UNDERSTAND. 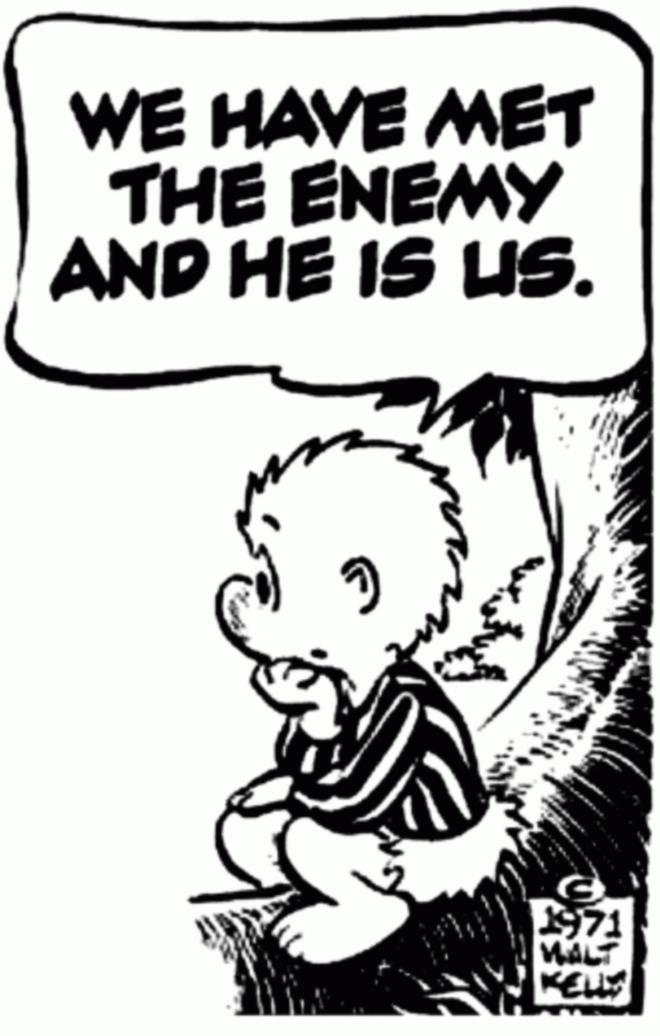 And THAT is why you need to keep your powder dry for just another six weeks. It’s down to one roll of the dice. We win everything, or we lose everything. YOUR CHOICE. I’ll be fine either way.

It’s YOU who you need to worry about. END

ADDENDUM: It took us 60 years to get here. SIX DECADES.

“You think that you’ve been getting away with it all this time. Standing by. Well, son, your bystanding days are over. You’re in it now, up to your NECK.”

–Gregory Peck
The Guns of Navarone

COMMENT: Some info on Barrett, some of which sounds awfully SJW to me.

CaOs REPLY: You bet. Hopefully @realDonaldTrump understands how often Catholic justices betray us in the name of “social justice.” I SAY THAT AS A LAPSED CATHOLIC forced to listen to protest songs in my churches for YEARS.