You are here: Home / Perspective / america and nation / 2018 state of the union address 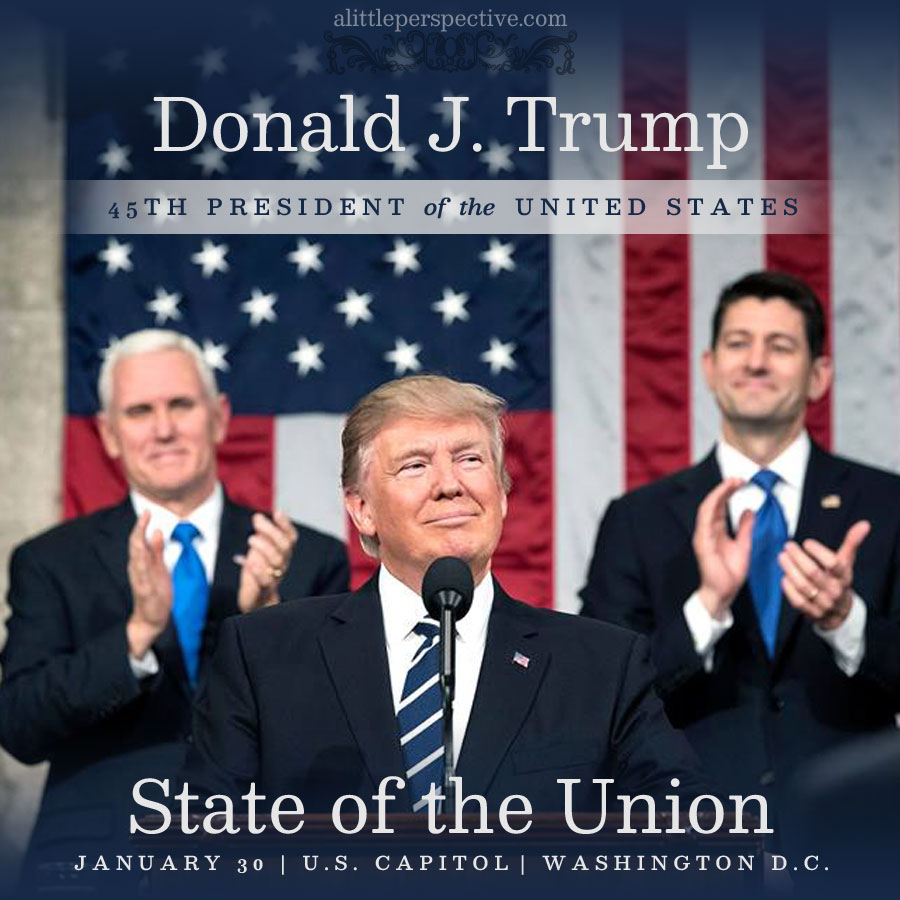 President Donald J. Trump will deliver his first State of the Union address on Tuesday, January 30, at 9 pm ET in the Capitol, marking the first year of his presidency. From the January 29 edition of the 1600 Daily White House blog:

“[The President] will lay out the biggest milestones from his first year in office—tax reform, a budget that rebuilds the U.S. military, and so on—before explaining his priorities for year two.”

Archive of all past presidential STATE OF THE UNION addresses