This is a great scene. Very true to life. Denzel Washington has just saved a kid from being jumped into a violent gang. The kid was told he had to murder in order to be a member. So Denzel plucked him out at gunpoint.

The SEQUEL was pretty much ruined by the director. It gave in to cliches. But I still recommend both The Equalizer and The Equalizer 2, only because of Denzel Washington.

But I’d need that…implement that Denzel had in his hand, and I wouldn’t do that.

Still, it’s nice to see someone capture so faithfully what goes on in my head.

I like this scene from The Equalizer. She’s a prostitute enslaved by the Russian mafia.

She says, “Something in your eyes. You know, it’s not sad. Just kind of…lost, you know?”

Yes, I know. Here’s how he freed her.

That’s what people like his character and I are: Lost. But it’s not the kind of lost that you think. We aren’t afraid or panicking.

Because there’s no home. We don’t have a home.

There’s actually no place on Earth for us.

My brother is convinced that he can find a home, but he was on medication for a reason. He stopped all his medications and started drinking again, and now–of course–he’s making all the terrible choices he did before.

The reason I think Denzel captured my state of mind perfectly is his character has total self-awareness.

HE KNOWS WHAT HE IS.

Instead of fooling himself, he found a way to mitigate the damage and achieve peace of mind. He’s very matter-of-fact.

My brother’s life will continue to be full of melodrama.

What happens is that people INTERNALIZE the EXTERNAL claim that they’re a failure, so they spend the rest of their lives trying to prove to OTHERS that they’re not a failure.

I’m indifferent to the opinions of others.

My brother does everything to me that he hates to have done to himself. But he makes it impossible to talk about. I should’ve known years ago that our living arrangement wouldn’t work.

When ever I mentioned ANYTHING from my past, he would say, unsolicited, “I promise that I well NEVER EVER do anything like that.” It was overkill. And of course he was trying to convince himself that he isn’t who he KNOWS he is. He almost got us murdered on December 28, 1995.

I SAW THE FRIGGING CAR ROLL UP IN SILENCE in the dark parking lot as we unloaded books from a U-Haul.

I grabbed his arm and said, “Look! There’s a car right there!”

He knocked my hand away and snarled, “Well, don’t worry about it.”

A second late THIS popped out of the car and tried to murder us, but his gun jammed. He was giving off heat waves, and he was smiling under his balaclava. 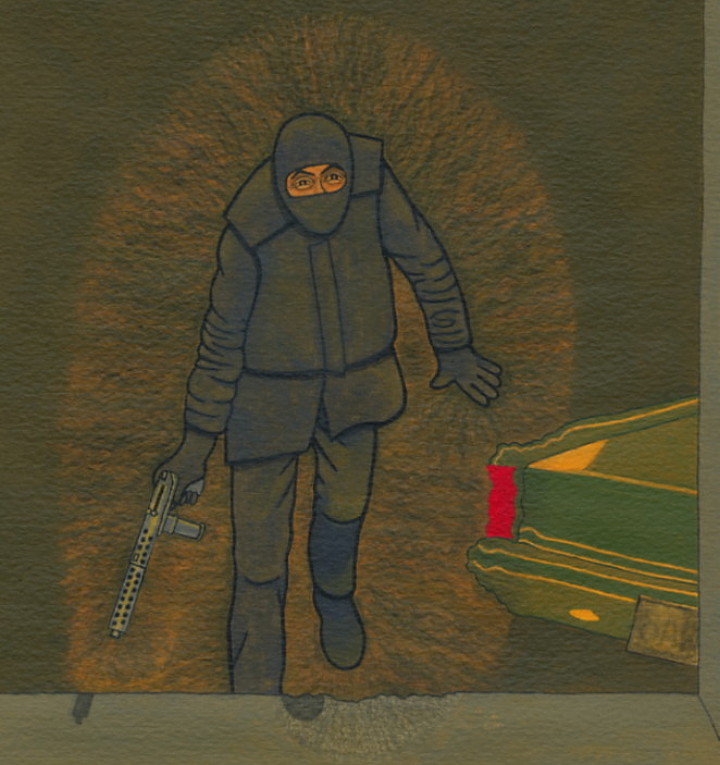 We should’ve run inside the store the second we saw the car, but AS ALWAYS, my brother dismissed me.

He promised he would NEVER EVER do it again, but of course he still does. If I ask him to not do it, he says I do that to HIM. But he also says he doesn’t store up examples.

So it’s pointless. He said all he wants is for us to have a relationship that isn’t tense. WE CAN’T. He screws up ALL THE TIME, and he waits for me to call him on it so he can get defensive. So I never call him on it. And of course we’re not close.

That’s why I enjoy The Equalizer so much. That character is me. See how he’s solitary? Total self-awareness inevitable results in solitude.

Humans are social creatures, so the solitary are lost. But it can’t be any other way. I’m at peace with it.

I’m sure that I have one final move ahead of me, which I did NOT want, but my mere presence will become intolerable for my brother. I know it. That’s his choice. He hit the wall and will go no further in his development. He’s actually regressing.

Here’s what happens: You come to the final fork in the road, and you can see in the distance what will happen if you take either. One requires that you walk through a furnace, and when you emerge, you will be at peace but lost and alone.

The other fork allows you to stop struggling. You’ll be able to delude yourself again, and you won’t have to face the harsh realities about yourself. MOST people take the easy way. I don’t blame them. This is a HARD life for most people. Not for me.

I prefer fact to fiction, regardless of what I have to face.

My brother flies off the handle when he’s attacked by leftist trolls. He engages them. It’s all about proving something to others. If you look at most “self-help” gurus, they want you to do things for OTHERS.

Prove to OTHERS that you aren’t what they said you were. I don’t even REMEMBER the hundreds of people who tormented me from kindergarten onward. Only Bobby Joe Manziel III. September 9, 2020. 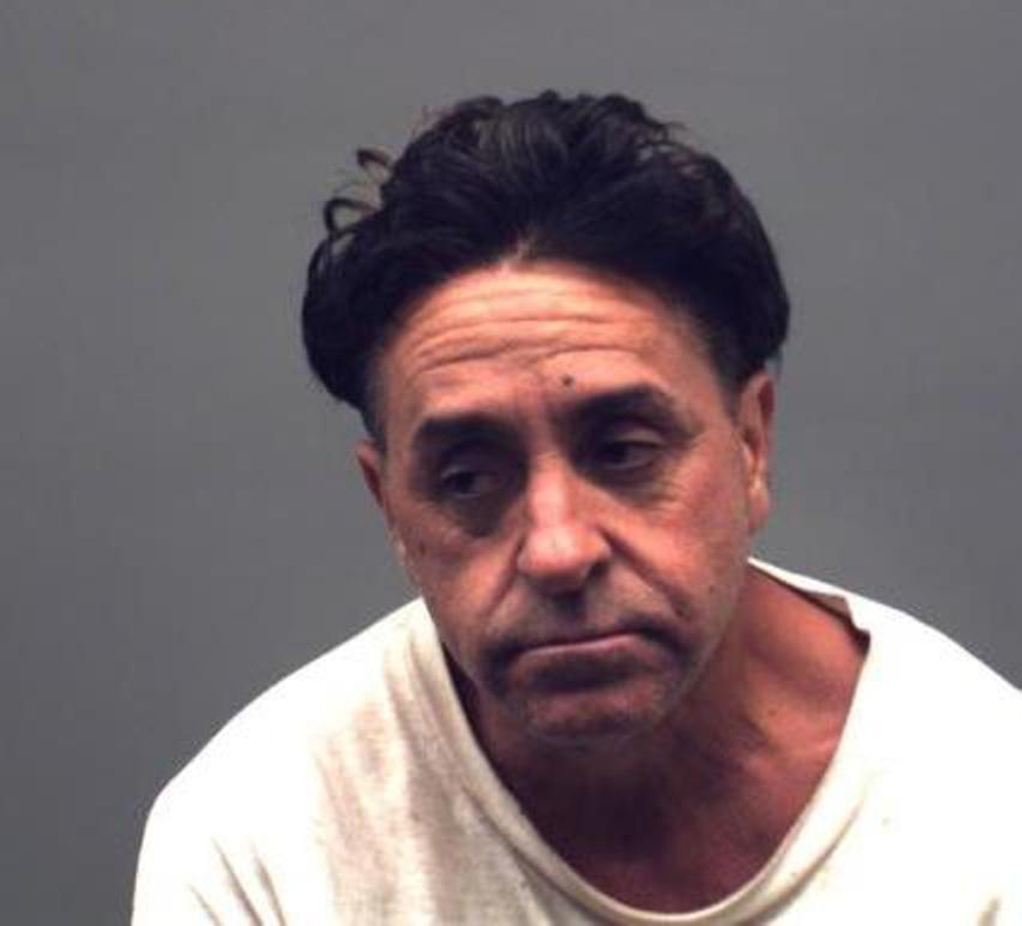 Why so sad, Bobby Joe? Smile!

Think back to December 18, 1974, when you smashed me in the head with your book bag, and I finally ran after you, and all the nuns threatened ME with expulsion.

Remember how your book bag, Rolex, wallet full of $100s, and all your clothes and custom-made shoes disappeared from the gym locker? THAT WAS ME! I tossed them out the transom window. They’re in the bushes. I’m sure you can find them the next time you’re out of jail.

I don’t forgive you, Bobby Joe. You don’t deserve it.

I never forgive anyone. It’s not in my nature. Sorry.

It’s not necessary for me to forgive. I finally got as religious person to explain to me why I need to forgive.

It’s so I won’t be poisoned by hate, and I can reestablish a relationship with the transgressor.

This is why I don’t forgive. I don’t HATE Bobby Joe. He’s nobody. I remember him only because he was so tenacious.

He was the most popular kid in the school, and he singled out a wallflower who did his best to be invisible and tortured him ALL DAY, EVERY DAY.

I can’t count the number of times that I’d sit in the middle of some godawful mass assault and think: “My whole life is going to be like this. Holy crap. I can’t even be a wordless nonentity. They’re STILL going to come after me.”

It was because I was an alien.

The herd shuns the damaged. It’s Darwinism. Biology. The law of the jungle.

But I made my own life, and I don’t depend on ANYBODY now.

The last one to let me down was my brother. He knows I’m going to leave, and he doesn’t want me to, but he won’t change his behavior.

The last time I move, I’ll travel light. I’ll have donated my postcard collection to some institution that will preserve it, and I’ll take my clothes. Everything else will stay in Las Vegas. It’s going to be great.

I’ll find a nice furnished pad and send for my books and DVDs.

And THEN I’ll achieve REAL peace of mind. Still lost but at peace with it.

There’s a lot left to learn, and I MUST see the new America.

All is well. END