You are here: Home / Bible Study / timothy / 2 timothy 3, out of them all the Lord delivered me

There are two important chiastic structures in this chapter. The first is a complex one: 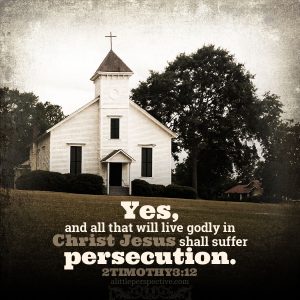 First, the evil men and imposters of the last days. What are these evil men posing as, that makes them imposters? I believe they are posing as ministers of God or spiritual leaders of some kind, having a form of godliness, but denying its power. How on earth do they creep into households, making captives of gullible women? I believe one way is through the television, in these last days. What makes the women gullible, or susceptible to being deceived, is that they have a thirst for knowledge, but never arrive to a firm foundation of settled doctrine. Everything is always subject to change, based on the latest teaching they have heard. So how do these evil men profit from these gullible women? By some variation of, “Send your gift for the latest teaching, or for the biggest return from God.” If that is you or someone you know, I would pray for them, for deliverance from captivity and from being deceived, for deliverance from secret sins or guilt (perhaps they are only burdened because they have not forgiven themselves for that which God has already forgiven them), for settling them on a firm foundation in Christ, and for making the folly of the ungodly manifest to them also.

It is amazing to me that slander is the central axis of the embedded chiastic structure describing the ungodly and evil men of the last days. Slander is maligning the character or reputation of another. Webster’s says slander is the utterance of false charges or misrepresentations which defame and damage another’s reputation. One of the Ten Commandments is, Do not bear false witness, right up there with not stealing and not murdering.

Our country is full of political operatives whose job it is to defame and damage the reputations of their political opponents. Journalists and media bureaucrats do this all the time also, by suppressing stories beneficial to those they oppose or damaging to those they support and vice versa. And not just in politics, but church leaders who speak the truth, such as Ken Ham of Answers in Genesis, are also routinely maligned by others who do not agree with them. I have even heard wives slander their husbands, all under the guise of getting together with the girls over coffee and catching up! As believers, when we speak about our leaders and those in authority, let our words be truthful and edifying, imparting grace to those who hear. Let us pray for them rather than curse them. And if we are unsure of the truth, it is better to keep silent than to slander.

Jannes and Jambres are the Egyptian court magicians who duplicated Moses’ first signs before Pharaoh, so that he was encouraged to harden his heart to Moses’ message. They bore false witness in their own way, for by their actions they made Moses’ message appear false, when it was Thus saith the Lord.