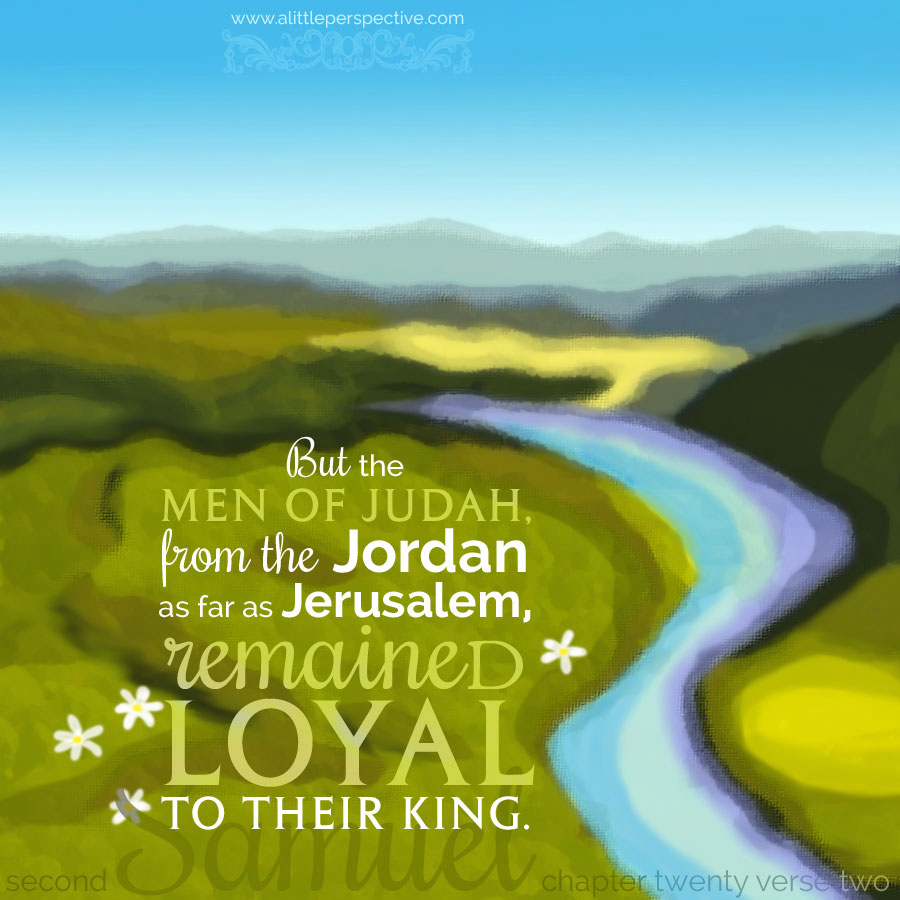 This is the most interesting paragraph in today’s reading:

As I was meditating on this paragraph, and why it would be that God considered this group of verses to be stating a single topic, and what it might be, I realized that it opened with Judah being the last to restore King David to his kingship, and closed with Shimei’s statement that he is the first of the house of Joseph to restore King David to his kingship.

central axis) 2 Sam 19:18a, A ferryboat carried over the king’s household + to do what he thought good;

It is interesting that Shimei, of the tribe of Benjamin, identified himself with the house of Joseph, a connection obviously through Rachel, the mother of Joseph and Benjamin. Benjamin’s identity with Israel/ Joseph continues with Sheba’s rebellion in 2 Sam 20.

But here are Judah, and Joseph – the two witnesses, who continue to appear together and be highlighted throughout Scripture. If we consider that David is a type of Messiah, and his life is prophetic of Messiah Yeshua, the Scripture is revealing that the house of Joseph is the first to recognize His kingship, and the house of Judah is last to recognize His kingship, as Paul confirms:

For I do not desire, brethren, that you should be ignorant of this mystery, lest you should be wise in your own opinion, that blindness in part has happened to Israel until the fullness of the Gentiles has come in. And so all Israel will be saved, as it is written. Rom 11:25-26

And as Yeshua confirms:

But Christine, Paul says the Gentiles will be first to recognize Messiah Yeshua (who is the the Root and Branch of David, Isa 11:1) with Israel being last. Yes:

Zechariah prophesied after the return from Babylon. By that time, the ten tribes of the house of Ephraim or Israel (as they are called interchangeably in the prophets) had been taken captive by Assyria, removed from the Land, and dispersed among the Gentiles, where, Hosea prophesies of them, they will forget their identity as Israel and become fully integrated with the Gentiles (fulfilling Jacob’s prophesy over Ephraim, that he will become a fullness of Gentiles, Gen 48:19). Zechariah’s ten men of the nations is the ten shares of Israel/ Ephraim (fast forwarded several hundred years) from today’s reading.

The jealousy between Israel and Judah over the king, i.e., over Messiah Yeshua, Paul brings out in Rom 11, and Yeshua brings out in Luk 15;11-32, in the parable of the prodigal son. For the younger son who departs from the father’s house to squander his inheritance among the Gentiles, represents Ephraim (Joseph), while the older son who remains with his father always, represents Judah.