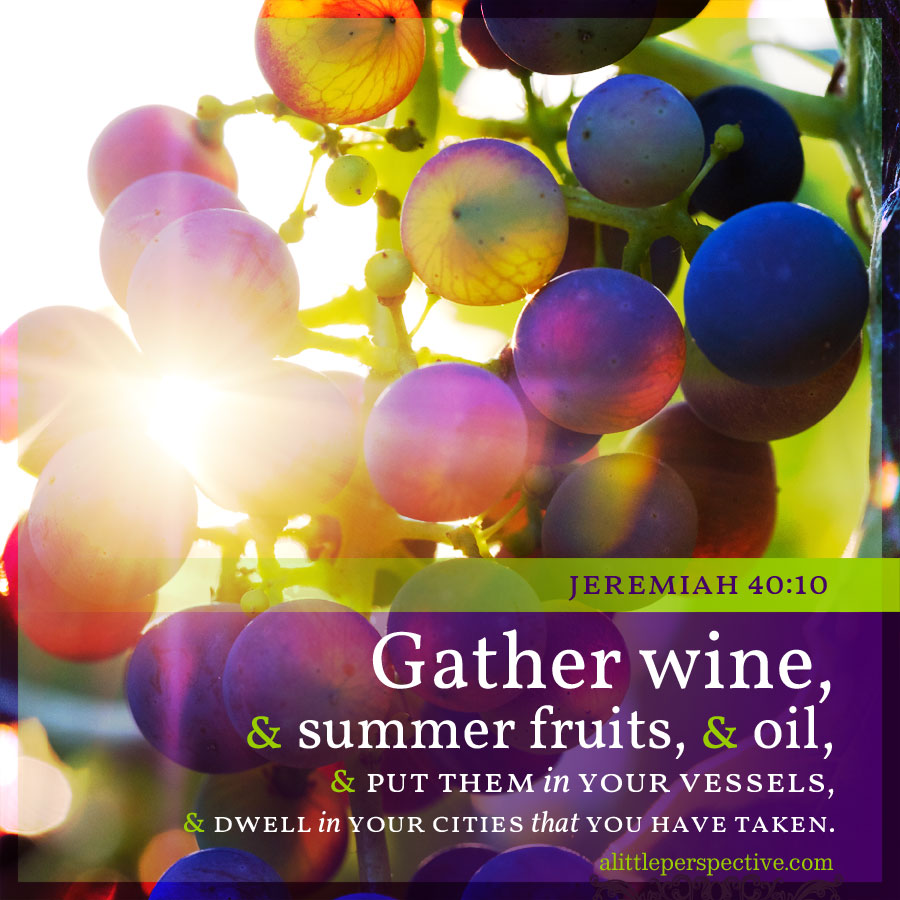 Background history on Gedaliah and the revolt from Babylonian rule after the destruction of Jerusalem:

Before his appointment as governor, Gedaliah lived through the most tumultuous and confusing time in Judah’s history, in which the kingdom’s rulers received conflicting advice from prophets, priests, and other royal advisers regarding what policy they should adopt toward the rising power of Babylon. His grandfather Shaphan had been an important scribe and royal secretary during the reign of King Josiah. It was Shaphan who read Josiah the famous “Book of the Law” after it was found in the Temple of Jerusalem (2 Kin 22).

During the reign of King Jehoiakim, Gedaliah’s father Ahikam had intervened to save the prophet Jeremiah from death after he had outraged Jerusalem’s priests and even some of his fellow prophets by predicting the destruction of the Temple of Jerusalem and the devastation of the city (Jer. 26:24). The royal official Micaiah son of Gemariah, was Gedaliah’s cousin (Jer. 26:11), who helped Jeremiah’s scribe Baruch bring Jeremiah’s written words to the king.

The main political issue in Gedaliah’s time revolved around what to do in relation to the major powers of Egypt and Babylon. King Josiah had been slain in battle against Egypt by Pharaoh Necho II, and his sons had been forced to become vassal kings of Egypt. This ended, however, when Babylon defeated Egypt and made Judah’s kings its own vassals instead. Gedaliah’s family members were supporters of the policy of Jeremiah, who saw Babylon as God’s agent to punish Judah for her sins and urged cooperation with the Babylonians. This policy, however, was highly unpopular, as it seemed unpatriotic; and Jeremiah’s prophecies also offended many in the ruling classes whom he criticized for their corrupt practices.

Gedaliah’s predecessor, Zedekiah, was appointed king by Nebuchadnezzar after his immediate predecessors unsuccessfully rebelled against Babylon, resulting in the first phase of the Babylonian exile of the Jews. Jeremiah urged Zedekiah not to resist the Babylonians, but he eventually listened to the words of other prophets and refused to pay further tribute to Nebuchadnezzar. This provoked a new siege of Jerusalem by the Babylonian army, resulting in Zedekiah’s death and that of his sons in 586. The Babylonians destroyed Jerusalem and its sacred Temple and brought a new wave of exiles to Babylon, leaving mainly the lower classes to care for the land with trustworthy leaders like Gedaliah in charge.

One of the Babylonians’ first acts was to order Gedaliah to release Jeremiah from prison (Jer. 39:5), where he had been placed by King Zedekiah for speaking out against Judah’s rebellion. Gedaliah made Mizpah, north of Jerusalem, his new capital. Not only the poor peasants and laborers, but also many generals and military men, as well as officials from Jerusalem, came out from their hiding places among the surrounding tribes and settled in the towns. Among Gedaliah’s subjects was Jeremiah, who had been taken in chains with the exiles as far as Ramah but was released and sent back to advise Gedaliah by the Babylonian commander Nebuzaradan (Jer. 40:5).

Gedaliah, no doubt following Jeremiah’s advice, exhorted the people to remain loyal to the Babylonian rulers and to lay down their arms. He encouraged them to raise crops and livestock and to rebuild their razed cities. He also permitted them to gather the crops on lands whose owners had been taken into exile:

“Do not be afraid to serve the Babylonians,” he said. “Settle down in the land and serve the king of Babylon, and it will go well with you. I myself will stay at Mizpah to represent you before the Babylonians who come to us, but you are to harvest the wine, summer fruit, and oil, and put them in your storage jars, and live in the towns you have taken over” (Jer. 40:9-10).

Many Jews from Moab, Ammon, Edom, and other areas of the diaspora, hearing that the land was being resettled, now saw an opportunity and returned to the land. Among these and the former citizens of Judah who had escaped exile were some who still believed that they must not give in to the Babylonians, whom they saw as an evil foreign power and totally pagan. Seeing Gedaliah as a Babylonian puppet, some favored an alliance with the Ammonites, who, though a traditional enemy of Israel and Judah, were of Semitic stock and were currently willing to join in resistance against Nebuchadnezzar.

Leading the anti-Babylonian faction was a certain Ishmael son of Nethaniah, who was “of the royal seed,” i.e., a descendant of David. He supported the idea of allying with King Baalis of Ammon to overthrow the Babylonians. Being of the Davidic lineage himself, it is likely that he also had pretensions of reestablishing the Kingdom of Judah and the Davidic dynasty, with Ammonite aid. Gedaliah and the Babylonian garrison at Mizpah, however, provided the major obstacle to his plan.

Information of Ishmael’s conspiracy reached Gedaliah through Johanan son of Kareah, a former military commander of Judah, who volunteered to assassinate Ishmael. “Let me go and kill Ishmael son of Nethaniah, and no one will know it,” Johanan advised. “Why should he take your life and cause all the Jews who are gathered around you to be scattered, and the remnant of Judah to perish?” Gedaliah rejected this plan, probably believing that Johanan intended merely to eliminate Ishmael as a rival general. Gedaliah thus forbade Johanan to move against Ishmael and his supporters. Instead, he hosted Ishmael and ten companions at a major banquet in Mizpah. In the midst of the festivities, Ishmael treacherously slew the unsuspecting Gedaliah. He and his allies also succeeded in killing the entire Babylonian garrison stationed in the capital together with their Jewish collaborators, casting their bodies into a cistern (Jer. 40-41).

Ishmael, whom the Book of Jeremiah describes as “weeping while he went,” now undertook to kill pilgrims from Shechem, Shiloh, and Samaria who were loyal Gedaliah and Babylon, but showed mercy to those who were willing to support him. Taking several royal daughters, apparently his cousins, with him, he headed to the protection of the Ammonite territory. However, Jonathan and his forces overtook him at Gibeon and regained control of the hostages. Ishmael and most of his allies, however, made good their escape.

Jonathan and those loyal to him, fearing the indiscriminate vengeance of Nebuchadnezzar for the killing of Gedaliah, now determined to flee to Egypt. Jeremiah attempted to convince them not to fear Nebuchadnezzar and strongly urged them to remain in the land: “O remnant of Judah, the Lord has told you, ‘Do not go to Egypt,'” he prophesied. “Be sure of this… You will die by the sword, famine, and plague in the place where you want to go to settle” (Jer 42:19-22).

Jonathan and his supporters, however, rejected Jeremiah’s prophecy. They proceeded to head for Egypt, taking both the royal daughters and Jeremiah himself with them.