This chapter forms a chiastic structure: 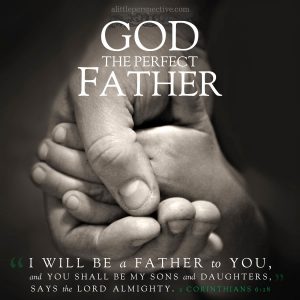 The Corinthians had accused Paul of being duplicitous toward them when, in between the writing of the first and second letters, he was in their part of the country but did not stop to see them. Much of the first part of this letter then, is Paul’s defense of his integrity and his ministry. In 1 Cor, we saw that the Corinthian church was out of order in numerous areas and needed some straightforward and stern correction. There were doctrinal divisions and strife (1 Cor 1:11), their meetings were chaotic (1 Cor 14:26-33), their shared meals and communion tables were being used as an excuse for gluttony and drunkenness (1 Cor 11:20-22), believers were cheating each other and suing each other (1 Cor 6:1-8), and sinful lifestyles were being practiced without remorse among the fellowship (1 Cor 5:1-11, 1 Cor 6:9-20). So the tone of the first letter is corrective.

They repented and worked to get their church in order, yet they retained, perhaps, some hurt feelings and sorrow over the correction they received, and a sense of rejection when Paul was not able to stop and see them as he had planned. Paul is reassuring them of his love for them, his care for them, and also, his apostleship over them, in needing to previously have treated them with authority and as a father.

The A pair warns to not receive the grace of God in vain — do not use your salvation and the forgiveness of sins that you enjoy, as an excuse to remain in your sins. The mark of true faith is a changed life, as we saw in 2 Cor 5:17. If the outer life never changed then did the inward change of salvation also happen? That is a question for the judgment seat of Christ – don’t risk that! But let the new life inside of you change your outer life as well, by separating yourself from sin and disentangling yourself from what is unclean. The definition of what is sin and unclean is found in the first five books of the Bible, the books of Moses. Learn it and grow in the Spirit who works sanctification in the Church!

In the B pair, we learn that those who truly minister over us, who are not wolves in sheeps’ clothing, ought to be received with open hearts. Paul is pleading with the Corinthian church to set aside their hurt feelings or feelings of rejection, and let their hearts be open to him as his is to theirs.

The central axis reveals what fruit is often borne by true ministers who have been anointed by God.  Patience, persecutions, fastings and sleeplessness — because they minister long hours and often are fasting and praying for their flock when others are asleep. They will be pure in their conduct, have sincere love for the saints, be knowledgeable in the word of truth and exercise the power of God in the Holy Spirit. They will be honored by the true Church and dishonored by the world. Jesus said we would know them by their fruit. Fruit does not lie but reveals the true root of the tree, whether good or bad. Protect yourselves from wolves and know the mark of true ministers.