You are here: Home / Bible Study / corinthians / 2 corinthians 3, the letter vs. the Spirit

“… who also made us sufficient as ministers of the new covenant, not of the letter but of the Spirit; for the letter kills, but the Spirit gives life.” 2 Cor 3:6

I believe a proper meaning, not taken out of context, but informed by the rest of Scriptures, is this:

Take any unregenerated man, set in front of him the Ten Commandments, and say,“Obey these. If you fail to do so (i.e., if you sin), then the penalty for disobeying is death.”  The Letter written on the Tablet of Stone has killed him, because perfect obedience from a heart of stone is not possible.

But take a fallen man, transform him and fill him with the Holy Spirit, by which he is given a new heart and his heart of stone (of his sin nature) is removed from him, so that he now walks in this earth filled by the Holy Spirit of God. Then what flows out of his heart is his desire to worship God (commandment 1), tear down idols (commandment 2), honor those things that are the Lord’s (commandments 3-5), preserve life (commandment 6), and so on. His nature has been transformed, and now he obeys the Law because it is his heart’s desire to do so. Since the LORD taught us that walking in His commandments gives life, Paul says that the Spirit gives life. 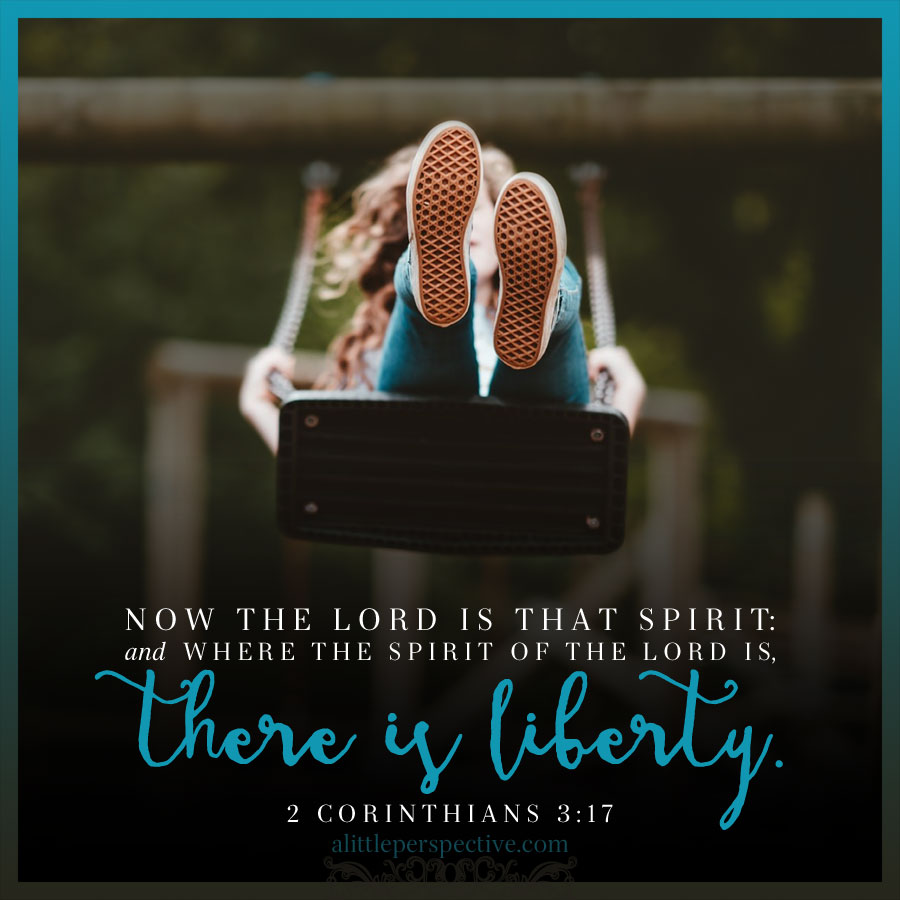 The Spirit also gives liberty (vs. 17). Remember that the Pharisees were so upset that Jesus healed a sick man on the Sabbath day? They were applying the letter of the Law to Jesus, and labeling healing as “work.” But Jesus applied the Spirit of the Law, and saw a sick man suffering with sickness, and blessed him and gave him rest from his disease. Jesus had liberty to heal, because He was walking in the Spirit and not the letter. He was not, after all, sawing away in His carpentry shop on the Sabbath, trying to make an income. He was at synagogue, meeting in the assembly of the believers to worship God as Scripture commands we ought to do on the Sabbath.

Paul is not saying, “Everyone! We now have liberty to work like slaves on the Sabbath, worship idols, engage in immoral relations, and eat pigs!” as some claim he is saying. Truly, this passage is what the antinomian (against the Law) pastors base their theology on. The correct interpretation of a passage of Scripture will always be in line with everything else that the Scripture teaches. Theologians call this, “Letting Scripture interpret Scripture,” and it is the only way to make sure you have arrived at the truth and are not being deceived. No truth ever contradicts another truth, otherwise, one of them is not true. It is a check and balance which you can employ to keep yourself on the right path. 🙂

Our liberty in Christ is not a license to sin. It is not liberty to sin, but it is freedom from the sin nature to which we were formerly enslaved (Rom 6:15-23, Gal 5:13), so that now we may obey God from the Spirit and from the heart!