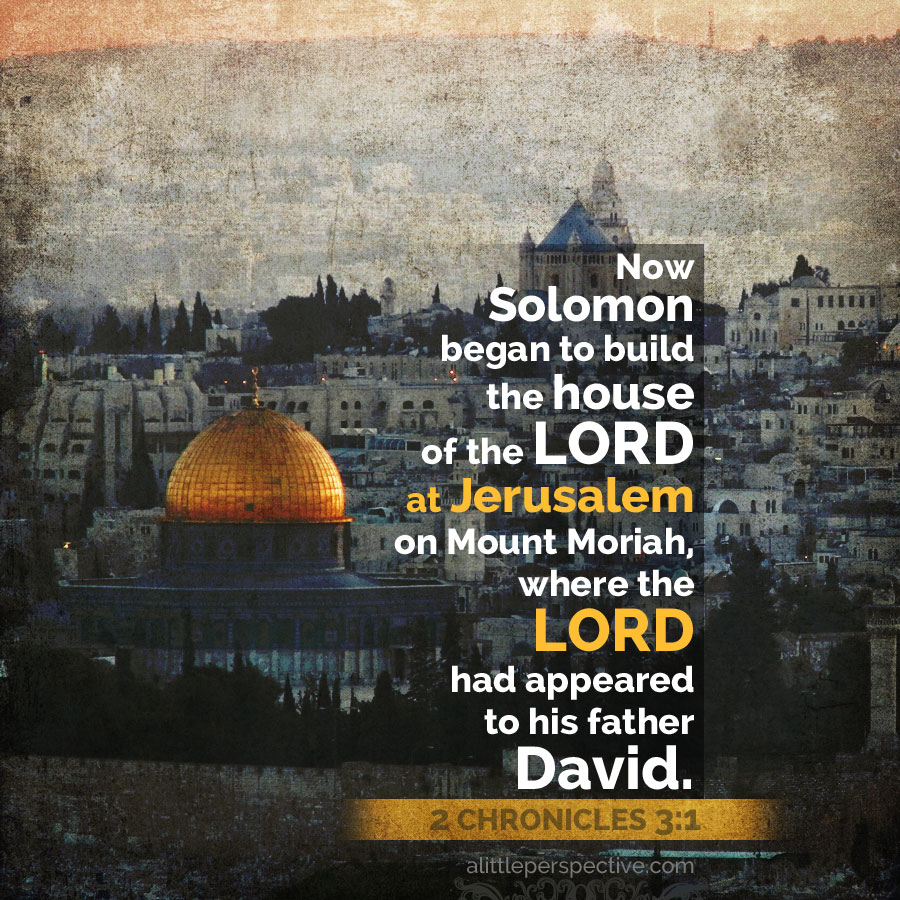 Read 2 Chronicles 3 and 4 at Bible Gateway.

The repeating theme that stood out to me today:

2 Chr 4:11 Then Hiram made the pots and the shovels and the bowls. So Huram finished doing the work that he was to do for King Solomon for the house of God.

2 Chr 5:1a So all the work that Solomon had done for the house of the Lord was finished. {s}

The job before us might be big and daunting, but there will be an end, and it will be finished. Every day, we just do the next thing, and keep doing it, and one day we will come to the end!

So when Jesus had received the sour wine, He said, “It is finished!” And bowing His head, He gave up His spirit. Joh 19:30

I have fought the good fight, I have finished the race, I have kept the faith. 2 Tim 4:7