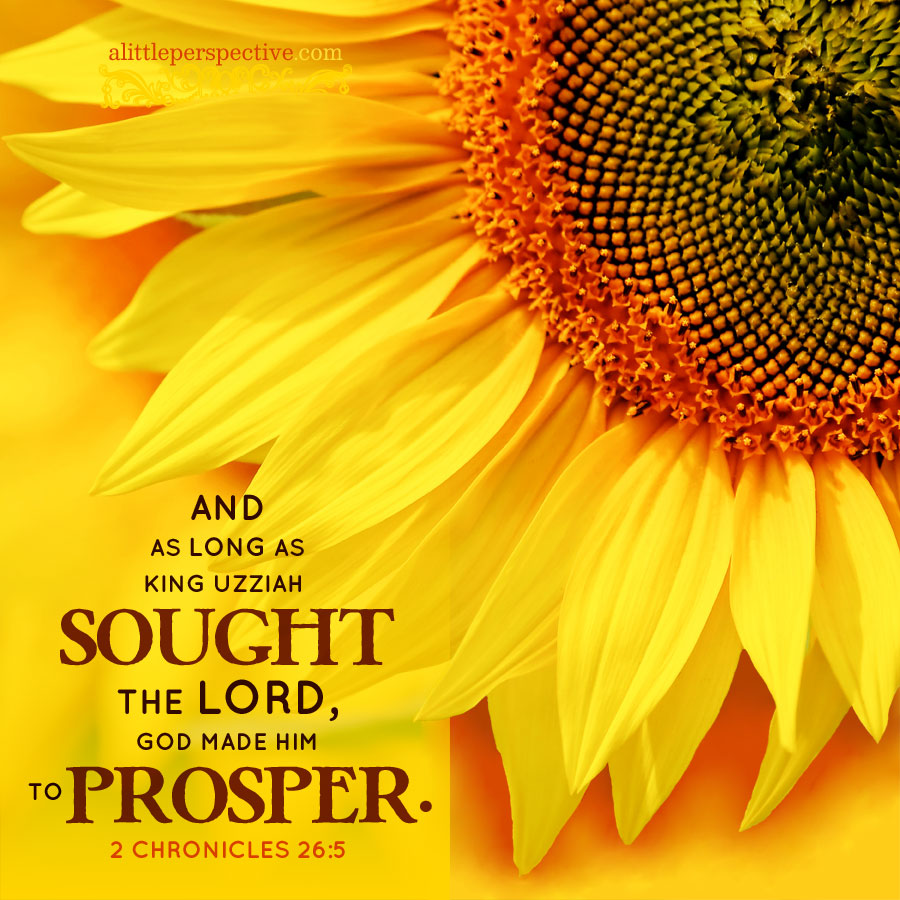 1a) 2 Chr 26:8b, His fame spread as far as the entrance of Egypt, for he became exceedingly strong;
1b) 2 Chr 26:9a, Uzziah built towers in Jerusalem at the gates and corners + fortified the walls with them;
central axis) 2 Chr 16:9b {s} He dug wells for his livestock/ had farmers + vinedressers, for he loved the soil;
2b) 2 Chr 26:11-15a, Uzziah equipped his army/ machines for defense in the corner towers;
2a) 2 Chr 26:15b, So his fame spread far and wide, for he was marvelously helped till he became strong;

central axis) 2 Chr 26:16b-19a, Uzziah’s transgression + his anger when rebuked by the priest;

We see the pattern repeat today, of success and might lifting up the heart of the king, so that he turns from his beginning in doing right. The chiastic structure even seems to link pride with anger, and I think Scripture might be giving us a clue, that anger is one of the fruits of pride. Another repetition we see is refusal to listen to correction from God’s appointed authority. We have previously seen in Proverbs that a fool refuses to listen to correction, and fools likewise are lifted up in pride or anger, while wise men walk in humility. What feeds wisdom to diminish pride? The fear of the LORD. What feeds the fear of the LORD? The word of God, especially the Law of God. Listen, the Law of God is not evil, just because obedience to it is not the means of salvation. It has a definite beautiful purpose to play in our long- term blessing, for us and for our children.