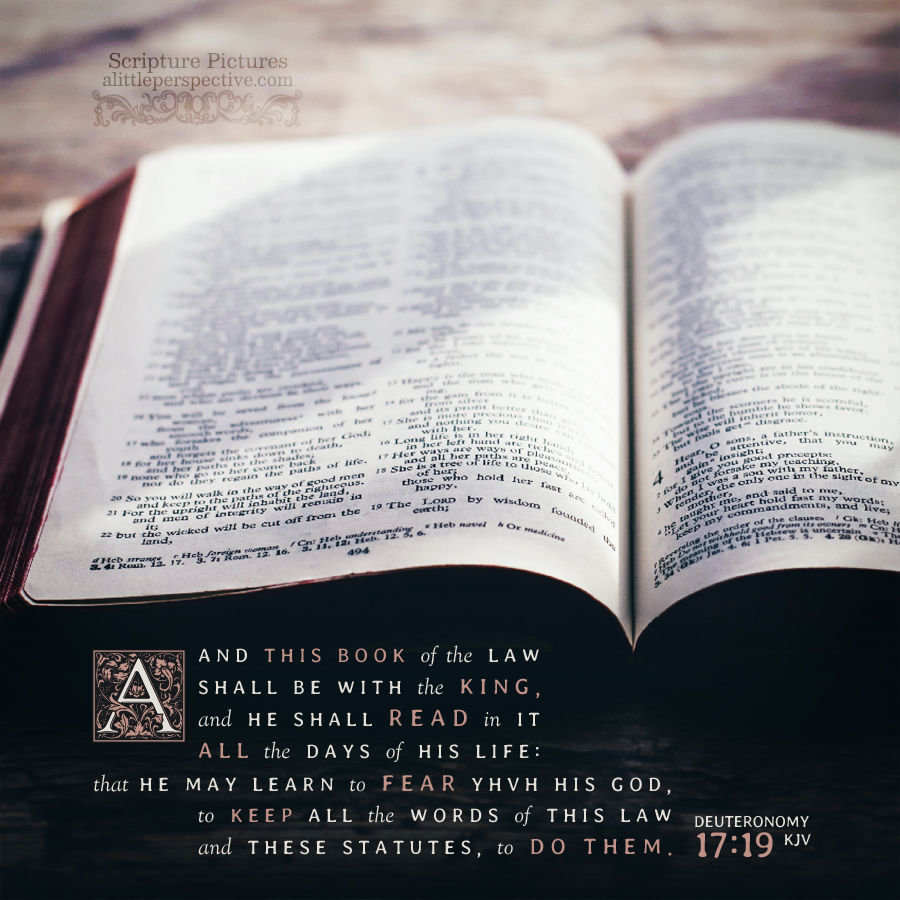 How is it that someone can serve the LORD nearly all his days, and yet forsake the LORD to such a degree that he even has the LORD’s priest killed for the word of the LORD? And Zechariah was not just any priest; Jehoiada was Joash’s uncle, for Jehoiada’s wife was the sister of Joash’s father. Since his aunt and uncle raised him, they were the only parents Joash knew. Zechariah was not only his cousin, but they were raised up together, and he must have been like a brother to him!

I find it interesting that the text says that after the death of Jehoiada, the leaders of Judah came and bowed down to Joash. Joash, suddenly, instead of looking to Jehoiada as elder and counselor, all of the sudden found himself as the top dog, even if he had been king. It must have went to his head — that is the only thing that makes sense to me. He let himself be exalted above his brethren:

“Also it shall be, when he sits on the throne of his kingdom, that he shall write for himself a copy of this law in a book, from the one before the priests, the Levites. And it shall be with him, and he shall read it all the days of his life, that he may learn to fear the Lord his God and be careful to observe all the words of this law and these statutes, that his heart may not be lifted above his brethren, that he may not turn aside from the commandment to the right hand or to the left, and that he may prolong his days in his kingdom, he and his children in the midst of Israel.” Deu 17:18-20

Pride, the especially deep pit and snare for all who are in authority, and the snare which has entrapped the sons of David (even David himself, but from which he was freed through repentance) again and again! Keeping ourselves in the word of God, not neglecting Torah, but continuing in it, all the days of our lives, to do its commandments, is the safeguard God has provided, for us and our children. May we heed it Father!