You are here: Home / Bible Study / chronicles / 2 chronicles 1 through 3 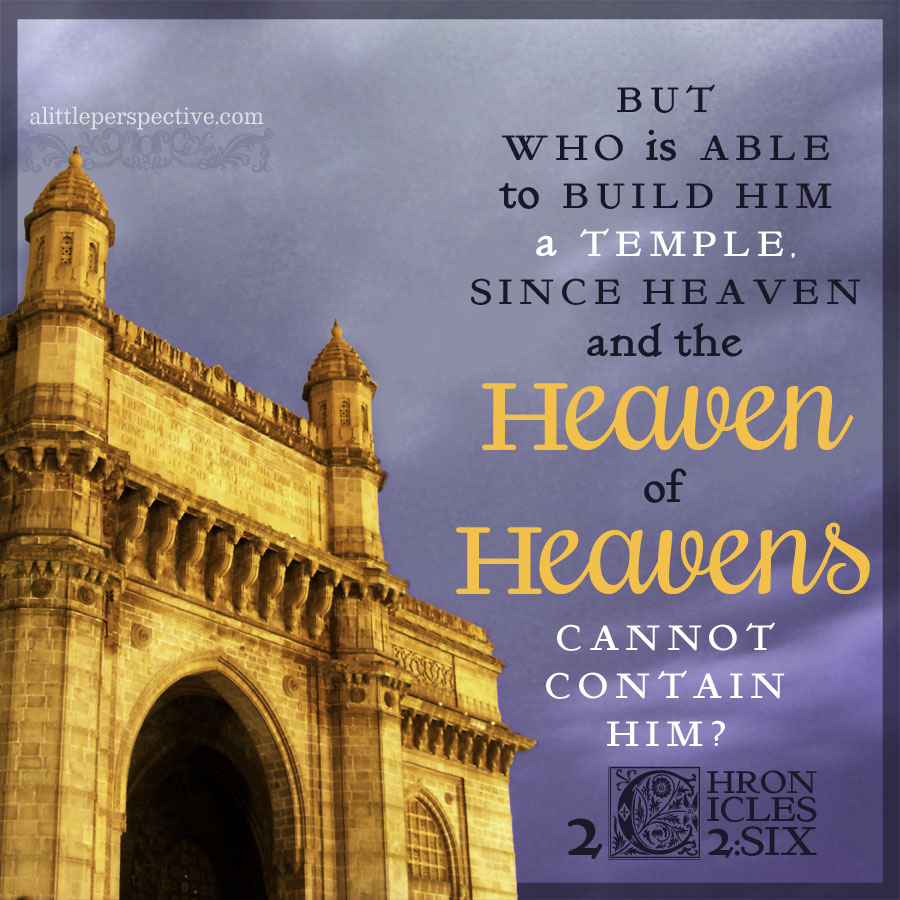 Read 2 Chronicles 1 through 3 at Bible Gateway.

1a) 2 Chr 2:1, Solomon determined to build a temple for the name of the Lord + a royal house for himself;

The C pair at the center of the structure, the kings’ correspondence with each other, both contain their witness to the greatness and glory of God. Even Hiram, king of Tyre, acknowledged that it was Yehovah who was Creator of heaven and earth. Might it be that the witness of David’s life changed the heart of the king of Tyre from idol worship, even if his people, the Phoenicians, still practiced it?

It’s as if all nations knew the glory and greatness of God, which He had manifested and made known about Himself in His deliverance of Israel from Egypt, and in bringing them in the Promised Land, and through the reign of David, for at the beginning of his reign, Israel was scattered before the Philistines, and the Philistines dwelt in Israel’s cities, and at the end of his reign, David had dominion from the Sea to the Euphrates. They knew of His fame and glory, even if cultural constraints compelled them to continue sacrificing to their own local gods, who, they were perhaps beginning to realize, were not as mighty as the God of Israel.

I had thought that the witness of the greatness of God would each be the central axis of the smaller structures formed by their letters to each other. It does in Solomon’s case, but not in Hiram’s. It is as if the LORD is saying, the Spirit inspired the words of Solomon, but of course not the words of Hiram, Hiram not being His worshiper. Be that as it may, here is the chiastic structure of Solomon’s letter:

central axis) 2 Chr 2:5, The temple which I build will be great, for our God is greater than all gods;

2b) 2 Chr 2:6, But who is able to build Him a temple, since heaven + the heaven of heavens cannot contain Him;