If the Commission on Presidential Debates @debates refuses to go back to foreign policy AS PREVIOUSLY AGREED, I’ll support @realDonaldTrump if he skips the third debate too. 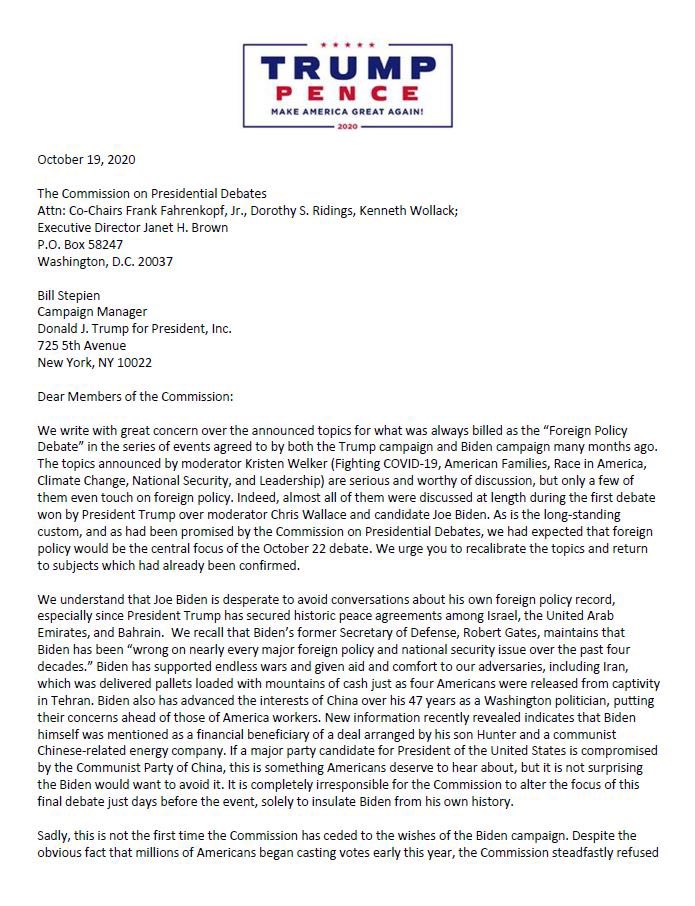 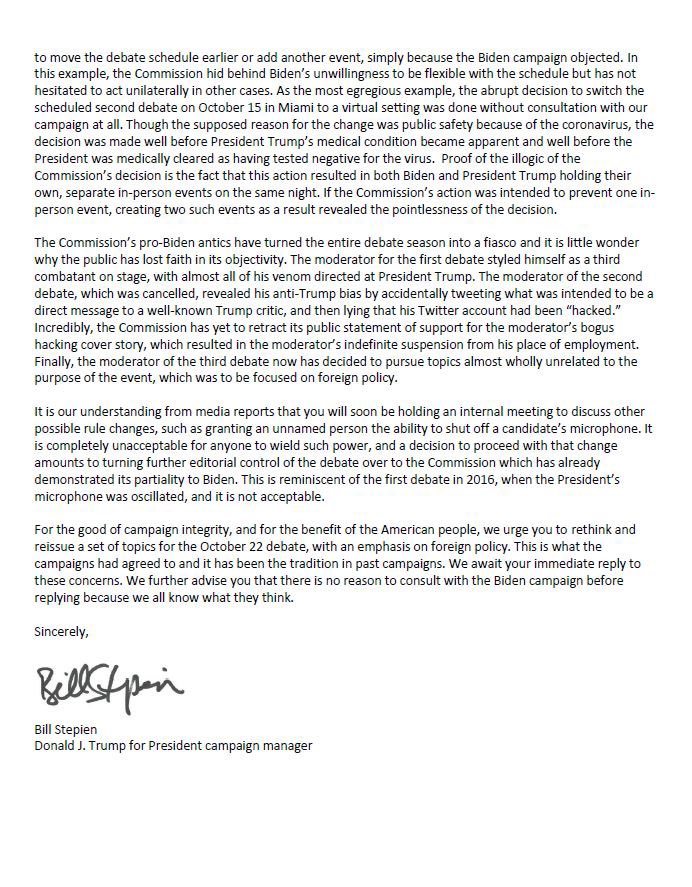 Debates don’t matter anyway, and it’ll be excellent for the Biden camp to have overdosed him on cholinesterase inhibitors, memantine, and methamphetamine for no reason.

Think I’m being too harsh?

Democrats mocked Trump when HE LOST HIS BROTHER.

They wished death on him when he had COVID-19.

I’m playing by the DEMOCRATS’ RULES.

Except for the terrorism and murder.

They can shove it.

We all know what’s going to happen:

AS ALWAYS, the moderator will protect Biden and go after Trump with abandon.

Trump already has the election locked up.

Hence the end-of-the-world frenzy from his enemies.

Here’s Trump versus the world:

If Trump attends the farcical debate, he’ll just be a honey badger.

He’ll play by the Democrats’ rules.

And they’ll be sad.

Guess when I stopped listening to Ben?

(Twitter did something I can’t figure out. Now I have to fix the thread. Hold on.)

Ben STILL thinks Trump is a man of low character.

I stopped listening after 15 seconds.

I’m not interested in the opinions of a person who has no idea what character is.

All I care about is that Ben will now vote for Trump.

Have you noticed that virtually ALL of the very committed leftists who switched to Trump are not hung up on his “character” at all?

Ben Shapiro is STILL not smart enough to grasp the concept of strategic deception.

I’m under no illusions that I KNOW Trump.

I love his public presentation, and I KNOW he deeply cares about us, but I don’t know the REAL Trump.

When he’s in repose.

When he has his roundtable meetings, he’s NOT the same man he is on the campaign trail.

And my guess is all of us who strongly support he that know that we’re seeing a performance.

It’s not FAKE; it simply has its place.

We’d want Trump to be in repose in our houses, right?

WE KNOW WHAT’S APPROPRIATE AND WHAT ISN’T.

Ben Shapiro is himself putting on a performance, but for some reason TRUMP isn’t allowed to do so.

And beware those who speak obsessively about character.

Jeffrey Dahmer converted to Christianity before he was murdered in prison.

He wrote to a pastor, asking if the pastor could come and make his conversion official.

And he told the pastor he’d understand if the man refused.

Of course the pastor went immediately.

He told Dahmer, “My only job is to minister to you. The rest is between you and God.”

Christians know better than anybody that humans are flawed.

The POINT is that Trump gave it all up for US.

Who does Ben Shapiro think has a better character than Trump?

I don’t even care, because that person hasn’t matched Trump’s ACHIEVEMENTS.

These bizarre conservative fossils all want to fail with honor BECAUSE THEY’RE RICH.

THIS is who matters to ME.

“I just look at my money; see my wages. That wasn’t going to happen, ever!”

Those of us who will be fine no matter what have to start thinking about OTHERS.

This isn’t a game for them.

If that man’s joy doesn’t move you, then you have a serious problem.

I was never in this for myself.

I support Trump because of what he does for EVERYONE.

Now, FINALLY, there are no more invisible Americans.

We’re all on the same train.

We have an OBLIGATION to help others, even if it’s only by voting.

EVERYONE who WANTS to be happy SHOULD be happy.

Man, part of the last banzai attack of leftists is unending harassment.

I have a little Twitter minder who manually messes with my threads.

They ask me to call a human to get a rebate.

God help the person who answers.

I’m going to be as psychotically insane as I possibly can until they themselves take me off their lists.

When life gives you Democrat harassment, make them afraid.

I can do that.

@realDonaldTrump will attend the debate and ignore the changed rules. 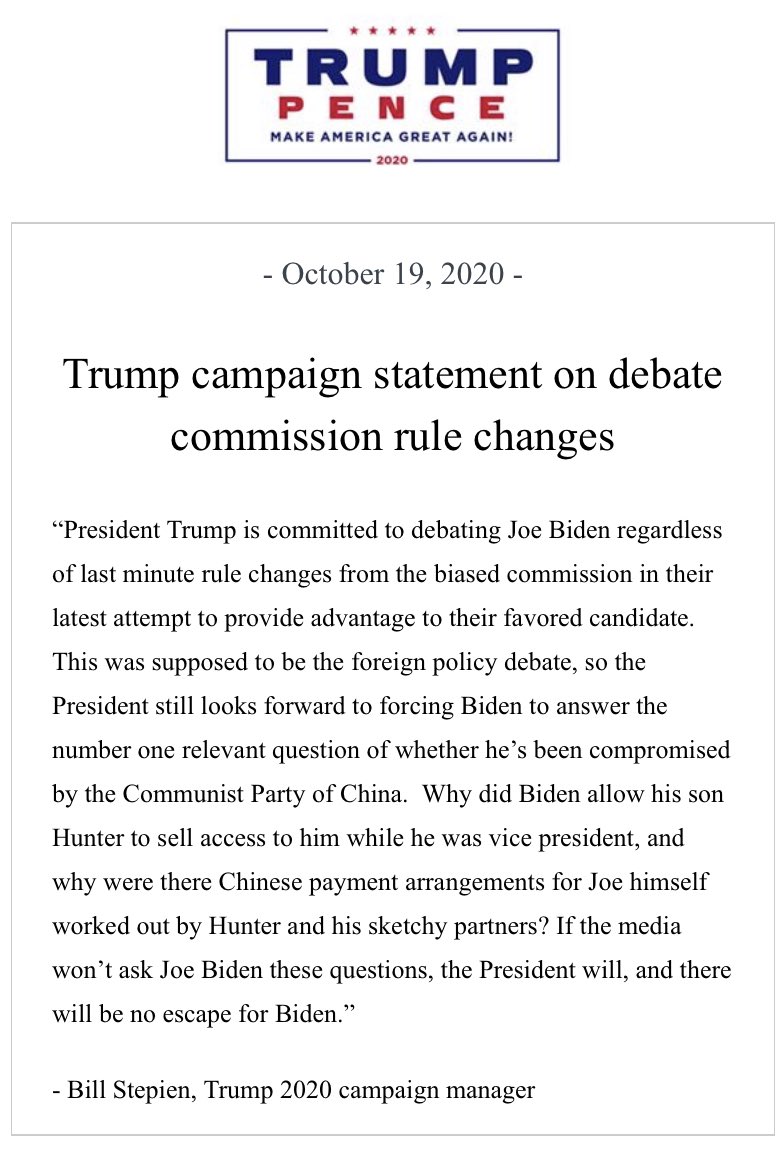