How to prove that you’re an irredeemable jackass in just five sentences.

I’m sure that @realDonaldTrump would fire Jacob in less than a week. 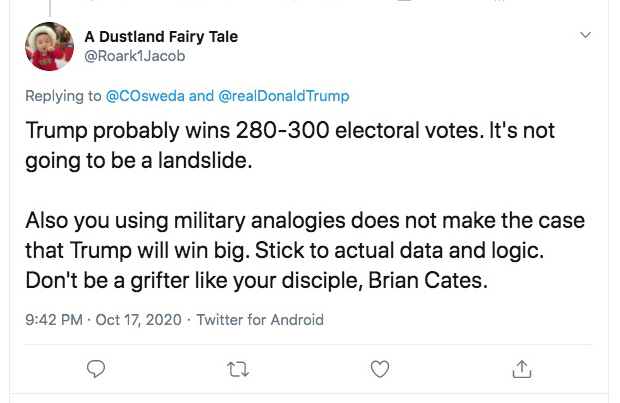 First, he addresses me with belligerent condescension.

Then he totally misstates what I wrote, calling it an analogy to make the case that Trump will win.

It’s no such thing.

Jacob is an idiot.

Finally he ends with three insults:

He needlessly insult me TWICE and another person once.

Jacob is no analyst.

He pulled his numbers of electoral votes out of his butt.

THE BIDEN CAMPAIGN SAYS THE POLLS ARE WRONG.

(I just saw this. Interesting.)

Condescension from an imbecile is always funny.

Next, Jacob says that I’m using the death of L31 as a “military analogy to make the case that Trump will win big.”

Well, I did no such thing, as you already know.

I used the death of L31 as an ALLEGORICAL ILLUSTRATION of how we’ll all feel when the Democrat zeppelin goes down in flame on election night.

Zeppelin were hated because they mercilessly bombed civilians.

The term “baby killer” was coined to describe zeppelins.

The Germans believed that there were no noncombatants in the war.

The zeppelin commanders were strutting narcissists until the British developed aircraft and ammunition that could effectively shoot down airships.

Night interception was incredibly dangerous for the British fighters.

British pilots had no parachutes; their aircraft were covered with varnish that burst into flame due to static electricity.

Night interception was a brand-new science. No radar, and the Germans could easily see and hear the British coming.

The most successful British night interceptors were all shockingly handsome members of high society.

Of these four, only Frederick Sowrey–the last man–survived the war. 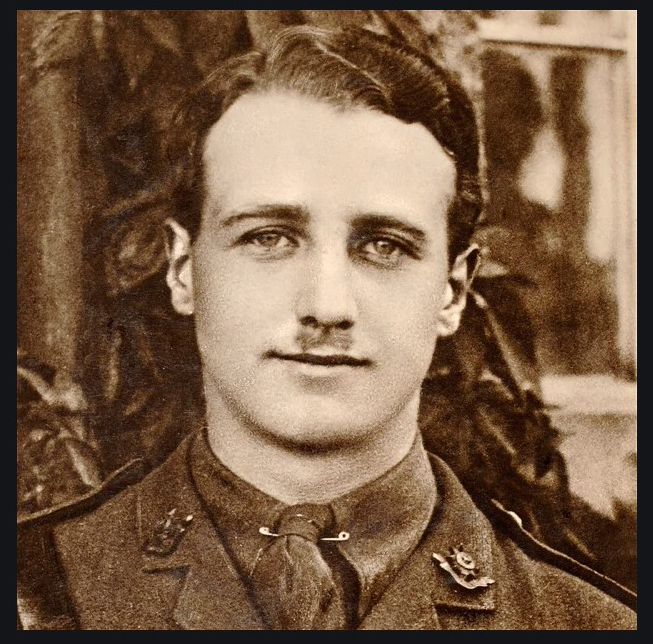 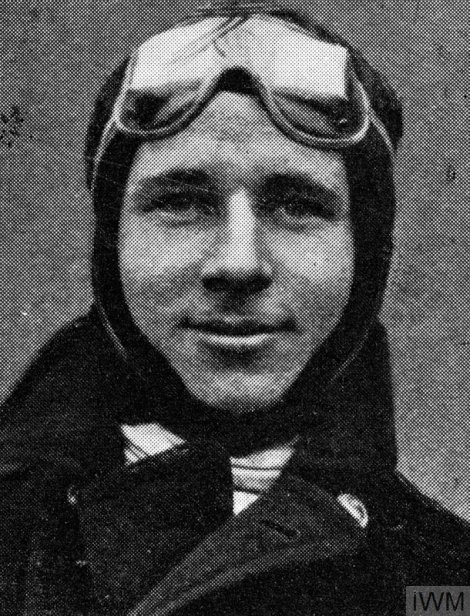 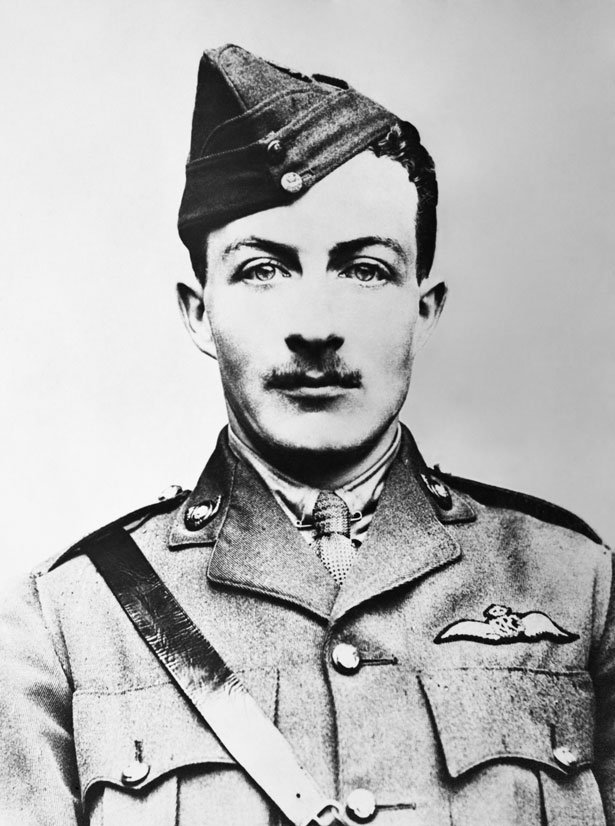 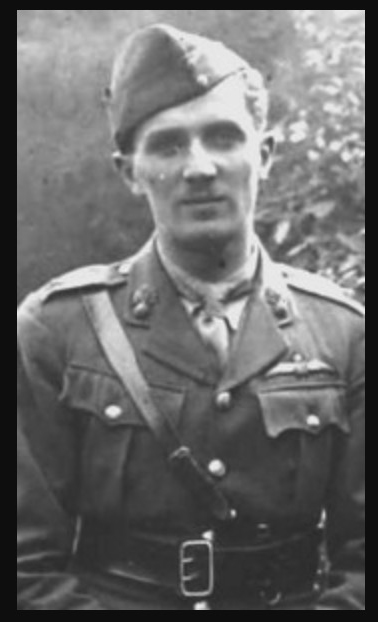 After the British got REALLY GOOD at shooting down zeppelins, the commanders started feeling sorry for themselves.

“It is only a question of time before we join the rest. Everyone admits that they feel it. Our nerves are ruined by mistreatment. If anyone should say that he was not haunted by visions of burning airships, then he would be a braggart.”

The British fought back and finally ended the German bombing threat.

IN BOTH WORLD WARS.

Back to Jacob the jackass.

After he TOTALLY misunderstands my thread because he’s too dumb to grasp it, HE tells ME to “stick to actual data and logic.”

This he totally ignores the entire point of the zeppelin allegory, which derives from the data and logic with which I started the thread.

Could you repeat that please, Jacob?

Then he calls me a “grifter,” a word he misuses.

A grifter is a person who engages in petty or small-scale swindling.

Can somebody explain how I’m swindling people by not charging them a penny?

It’s hip to USE the term, but nobody who uses it actually knows that it means.

And then Jacob ends on insulting a person who has nothing whatsoever to do with my thread.

But take solace in the words of Mr. Doubletalk:

“You’re never absolutely worthless. You can always serve as a bad example.”