How do we know that Democrats are fully aware that @realDonaldTrump is going to win yugely?

Look at the crazed reaction to THIS.

Trump is attacked nonstop by the utterly creepy Arlo Guthrie, Biden is spoon fed baby food and given as many breaks as he needs, BUT.

ONE SHOW IS SUPPORT for Trump is the end of the world. 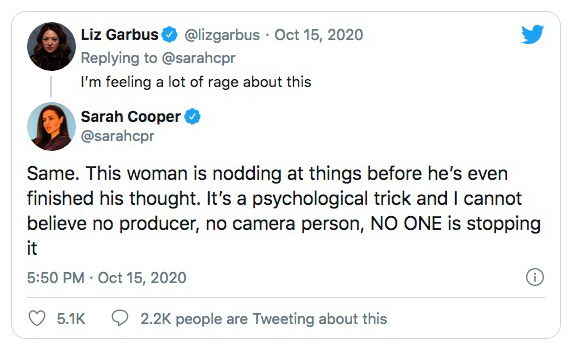 DO THESE SOUND LIKE PEOPLE WHO THINK THEY’VE GOT THE ELECTION IN THE BAG?

Despite the ridiculous advantage Biden was given, ONE NODDING WOMAN has made these people lose their minds.

Because they know in their shriveled little hearts that if even GESTURES are allowed, the narrative of a Biden win crumbles into dust.

That’s why Biden supporters now HATE this woman and want her hunted down.

In the United States.

Democrats have returned to their roots.

Here’s what they refuse to accept: 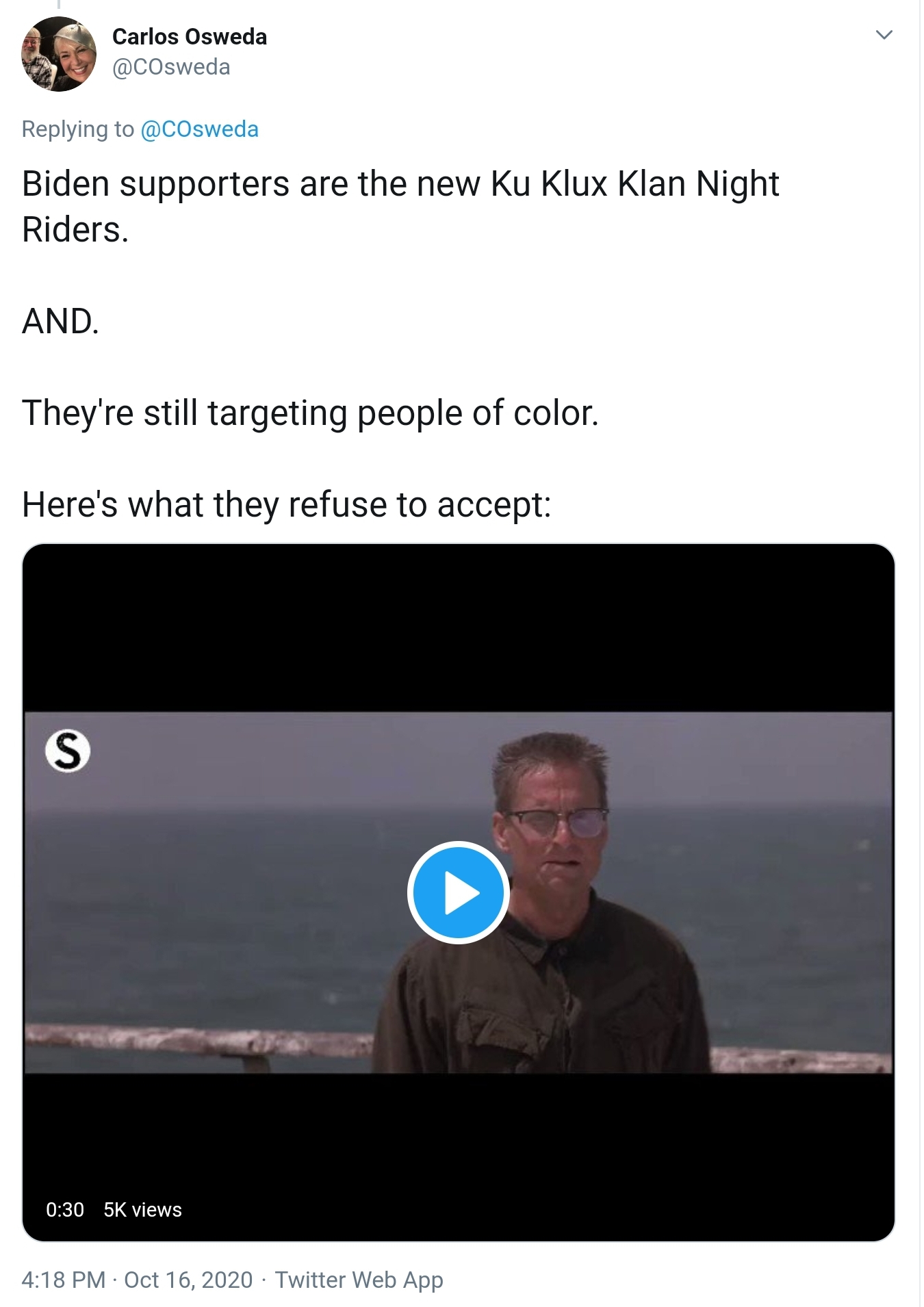 YOU ARE THE BAD GUYS.

Simple as that. You BEGAN with the end result and then worked your way back from there.

How did you rationalize this evil mindset?

You went through several steps.

3. Trump supports are not human.

Now you get to MURDER us with a clear conscience.

You went through all the steps, so YOU are responsible for becoming evil.

ALL EVIL IS VOLITIONAL.

And all evildoers are miserably unhappy, because evil is not a natural state.

This is why the most oppressed people on earth STILL commit instinctive acts of altruism.

I said yesterday that there’s a MASSIVE silent majority of Trump supporters.

They keep their support to themselves because Biden supporters ARE the bad guys.

The nodding woman has already been identified, and she’s already being attacked on all fronts.

(Twitter is censoring the full presentation of the YouTube video I posted, so I had to delete the tweet and take a screenshot. so you’ll know what the video is about.)

Therefore it’s fitting that BLACK AMERICANS will decide this election.

Watch this and marvel. 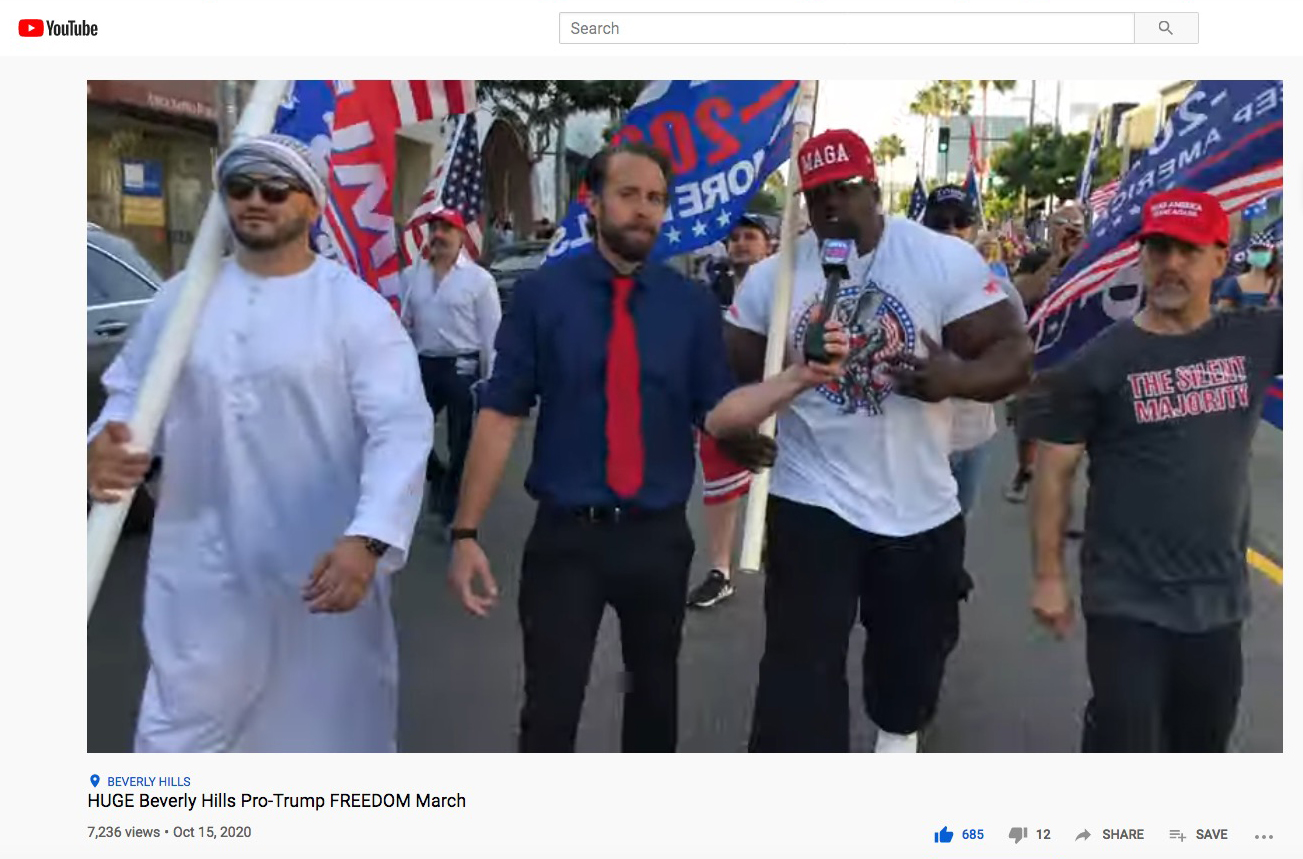