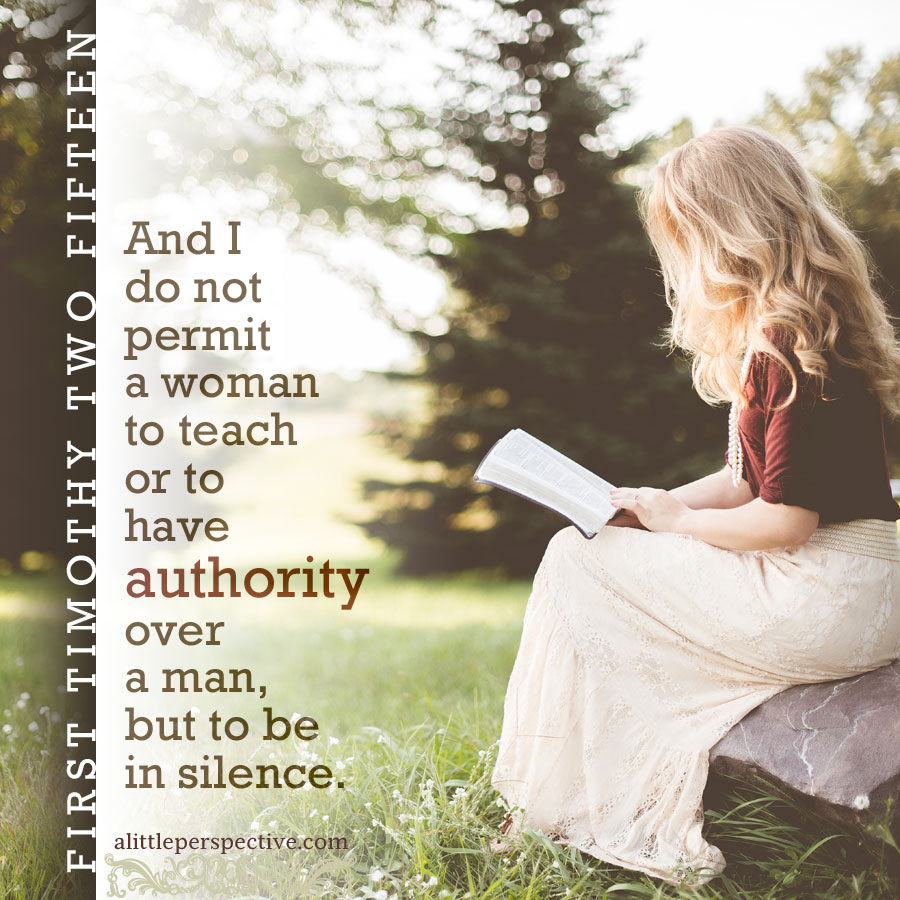 I recently received feedback that alleged that even though I claim to love God and His word, and be in obedience to it, because I teach and have authority over men, I am a hypocrite who needs to repent of having a Jezebel spirit. I don’t take accusations like this lightly even though I don’t agree with the basic premise, which is, if I post my personal Bible studies on my website, then I am violating 1 Tim 2:15:

And I do not permit a woman to teach or to have authority over a man, but to be in silence.

I originally started posting my personal Bible studies because my children and grandchildren were benefiting from them, and since we don’t all live in the same state, a personal website was the easiest way for them to access them whenever it was convenient for them. So a mother teaching her children or a grandmother teaching her grandchildren is certainly not a violation of 1 Timothy.

To be honest (I am not 100% sure since I am not a techie and don’t know how to track these things) I believe my biggest audience outside of my children and grandchildren are other women:

The older women likewise, that they be reverent in behavior, not slanderers, not given to much wine, teachers of good things— that they admonish the young women to love their husbands, to love their children, to be discreet, chaste, homemakers, good, obedient to their own husbands, that the word of God may not be blasphemed. Titus 2:3-5

And the godliness with contentment posts, which is the post the accusation was associated with, are 100% directed at the females among us. Besides respecting our husbands, isn’t contentment in all things our biggest struggle, ladies? It was for me for a long time until the Lord taught me the secret of being content no matter my circumstances.

But back to 1 Timothy. and a woman teaching or having authority over a man. No church or pastor has given me a podium or platform, and said, I have endorsed this woman as a teacher over the men in our body. Nor do I seek out either men, churches, or other avenues of authority to promote my Bible study posts. True, I have this website. I have never advertised this website. I do not put ads on this website to make money from it.

If there is any authority in the truth the Word of God is proclaiming, that I simply point out, that is its own authority, and it is not there because of me but despite me. Now I do have male readers. If they study the Bible study posts, they can do two or three things with what I have pointed out: