You are here: Home / Perspective / government and economics / 1 samuel 7 and 8 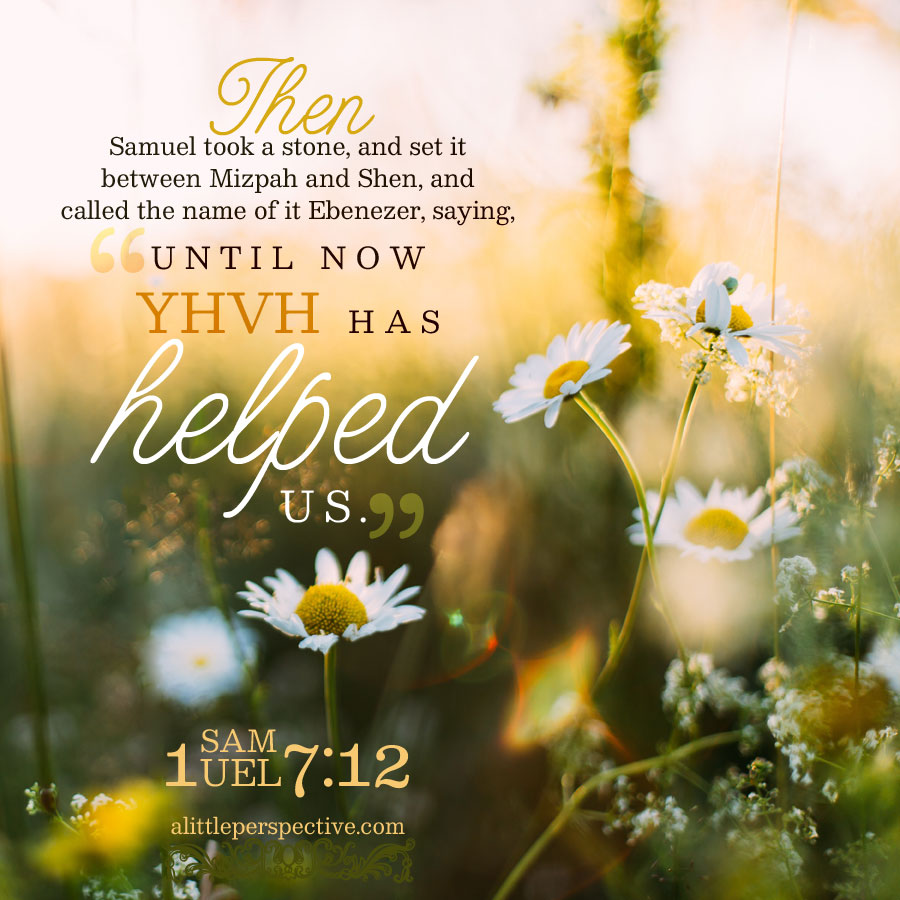 The house of Eli, who had been high priest, had been cut off. When Eli was alive, he did not call Israel to repentance, even though the people worshiped false gods. But when Samuel began judging Israel, he called the people together, and called for national repentance. Israel fasted and prayed before the LORD, and put away the idols, and dedicated themselves to serve the LORD only. Then the LORD began to give them victory again over the Philistines.

In 1 Sam 7, notice the disarray of the priesthood: the ark of the covenant is not in the tabernacle, in the Holy of Holies; Samuel is offering burnt offerings, and not the house of Aaron; and Samuel built an altar to the LORD in Ramah, his home town. Who was serving at the altar of the LORD in the tabernacle? It makes you wonder if the priesthood had fallen as far from the LORD as the nation had, and Samuel served sometimes in the office of priest (he had been a Nazirite from birth), as well as prophet, just because there was no one else whose heart was turned toward the LORD.

And the LORD said to Samuel, “Heed the voice of the people in all that they say to you; for they have not rejected you, but they have rejected Me, that I should not reign over them. According to all the works which they have done since the day that I brought them up out of Egypt, even to this day—with which they have forsaken Me and served other gods—so they are doing to you also.” 1 Sam 8:7-8

Now look at us, all of us who live in first world nations: is not this, and worse than this, the situation we find ourselves in? In America, at least, the government is the largest employer in the country. Truly our sons, instead of working for themselves as free men, have been tapped by the king to labor for him. And truly our daughters, instead of being given in marriage to be mothers in their own families — a state of blessing and freedom — must labor in professions, either to serve the king, or to make up for the income which our sons cannot provide for their families, as they are not free men working for themselves.

Beloved, this is normal life for us, but Scripture reveals to us that this state of affairs is an oppressive state, brought upon us because we have rejected the LORD from being King over us! And who among us today would not weep with joy if only the king was content with the tithe of our income and the produce of our flocks and fields, instead of the percentage he demands or be faced with punishment?

But this is the first step in returning to the LORD with a whole heart—we must first recognize from where we have fallen. We let the Scripture teach us what is righteousness, what is sin, what is good, what is evil, what is a state of blessing, and what is not. We can repent, with prayer and fasting, as Israel did, for the LORD is great in compassion and mercy, and is near to the contrite in spirit. We can, as much as it depends upon us, take the LORD for our King, and walk in His ways, and obey His Law, and allow His kingdom to come within the four walls of our own households. Amen! Come, Lord Jesus!