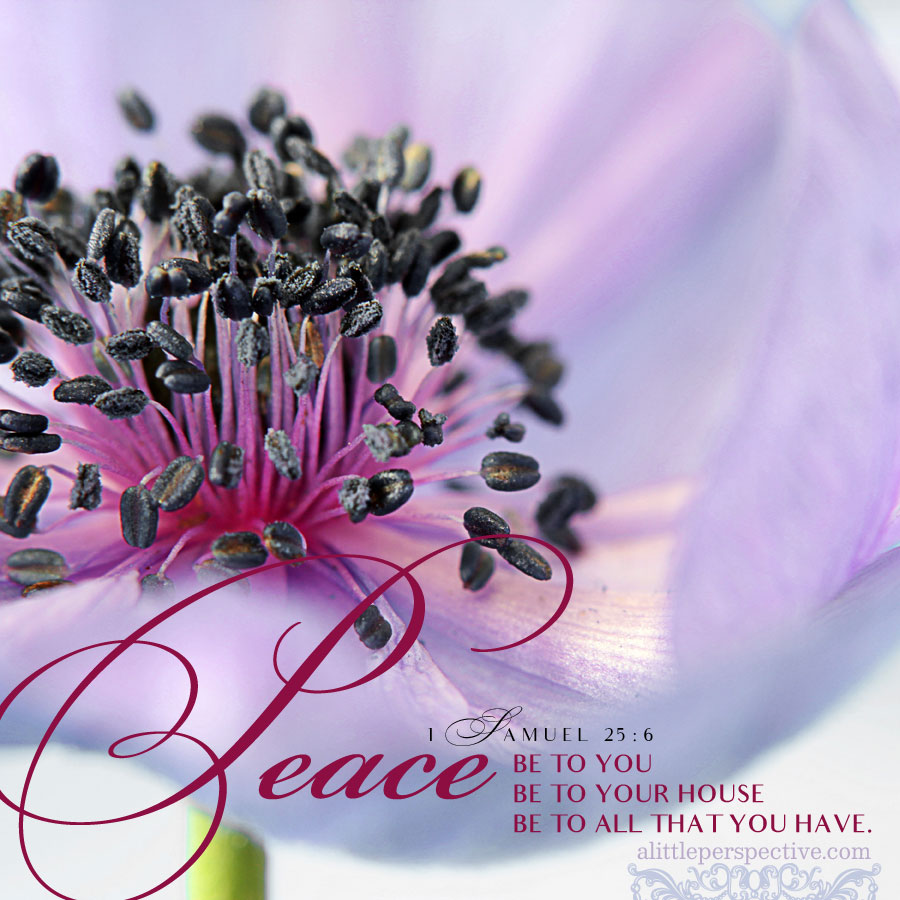 In determining the topic sentence summaries for today’s Hebrew paragraph divisions, the paragraph which troubled me was 1 Sam 25:44-26:7. The first sentence is the record that Saul gave David’s wife Michal to another. The English translators were so sure this sentence was supposed to go with the previous paragraphs about Abigail, as she became David’s wife, that they ended chapter 25 after it and began chapter 26 with the account of Saul’s pursuit of David.

But I know that the Lord’s thoughts are not our thoughts, and He has divided His paragraphs as He will, to teach us His thoughts and His ways. So after meditating on it, I realized that both the giving of David’s wife to another, and Saul’s pursuit of David, were alike explaining Saul’s unrighteous acts toward David.

So then, the strong theme from 1 Sam 25:2-26:9 {sx3+p} became more clear with that understanding. For David was not obligated to protect Nabal’s shearers, just as he was not obligated to protect Saul’s life (for a court of law would likely acquit him of murder, as Saul had a long history of trying to kill him). But the confirming seal of his calling of kingship was his mercy–returning good for evil– we saw yesterday, and to act to protect and show mercy, was his nature as king after God’s own heart. The entire strong theme might be said to be, David returned good for evil, to both Nabal and Saul. For even if in the heat of the moment, his flesh rose up to slay every man of Nabal’s household, his better sense ultimately prevailed.

(It is interesting that the LORD sent Abigail to remind him of his better sense. She is the helpmate in the narrative, right? The helper, and as such is a prophetic type for the wisdom of the Holy Spirit making itself known, to keep us from turning to the right or to the left, when the flesh rises up in the heat of the moment. One more thing about Abigail: she transgressed her husband’s will, for his will was clearly made known in his refusal to supply anything to David. But she acted for his welfare, for if she hadn’t acted, as David confirmed, by morning he would have been dead by David’s hand. Likewise, she transgressed David’s will, for his will was set to destroy Nabal’s household, but acted for David’s welfare, in humbling herself before him and presenting him with the gift of provision and wise counsel. She was a wife of good understanding and beautiful appearance, the Scripture says. I do not believe wives should just transgress their husband’s wills willy-nilly. But a wise woman, when faced with the option of conforming to her husband’s will which clearly transgresses the LORD’s will, and acting for his welfare, will act for his welfare, for a good wife does him good and not harm all the days of her life.)

central axis) 1 Sam 25:21-22, David had planned to avenge himself on Nabal for returning him evil for good;

2e) 1 Sam 25:23, When she saw David, she dismounted quickly from the donkey and bowed down;

1b) 1 Sam 25:26a, Now the Lord has held you back from avenging yourself with your own hand;
1c) 1 Sam 25:26b, Now let your enemies + those who seek your harm be as Nabal;
central axis) 1 Sam 25:27-28, “And now this present which your maidservant has brought to my lord, let it be given to the young men who follow my lord. Please forgive the trespass of your maidservant. For the Lord will certainly make for my lord an enduring house, because my lord fights the battles of the Lord, and evil is not found in you throughout your days;”
2c) 1 Sam 25:29, A man seeks your life, but the LORD preserve you + sling out the life of your enemies;
2b) 1 Sam 25:30-31, When the LORD’s promise comes to pass, it will not grieve you that you avenged yourself;
2a) 1 Sam 25:31b {s} “But when the Lord has dealt well with my lord, then remember your maidservant.”

The A pairs repeat the same details, nearly word for word. That the Nabal incident is central to David’s treatment of Saul: David refused to lift his hand against the LORD’s anointed, even when urged to do so. He said,

And we are shown the wisdom of David’s words, because this is precisely what happened to Nabal. Abigail could not have been happy married to a fool and a drunkard, even if he was a rich man. But she did not stand back and allow David’s vengeance to free her from her miserable marriage. She did just as David did, and restrained David’s hand against Nabal, just as David restrained Abishai’s hand against Saul. Her hand was not against her husband, and David’s hand was not against his king, but they made room for the LORD to act sovereignly in determining the judgment upon His anointed authority.