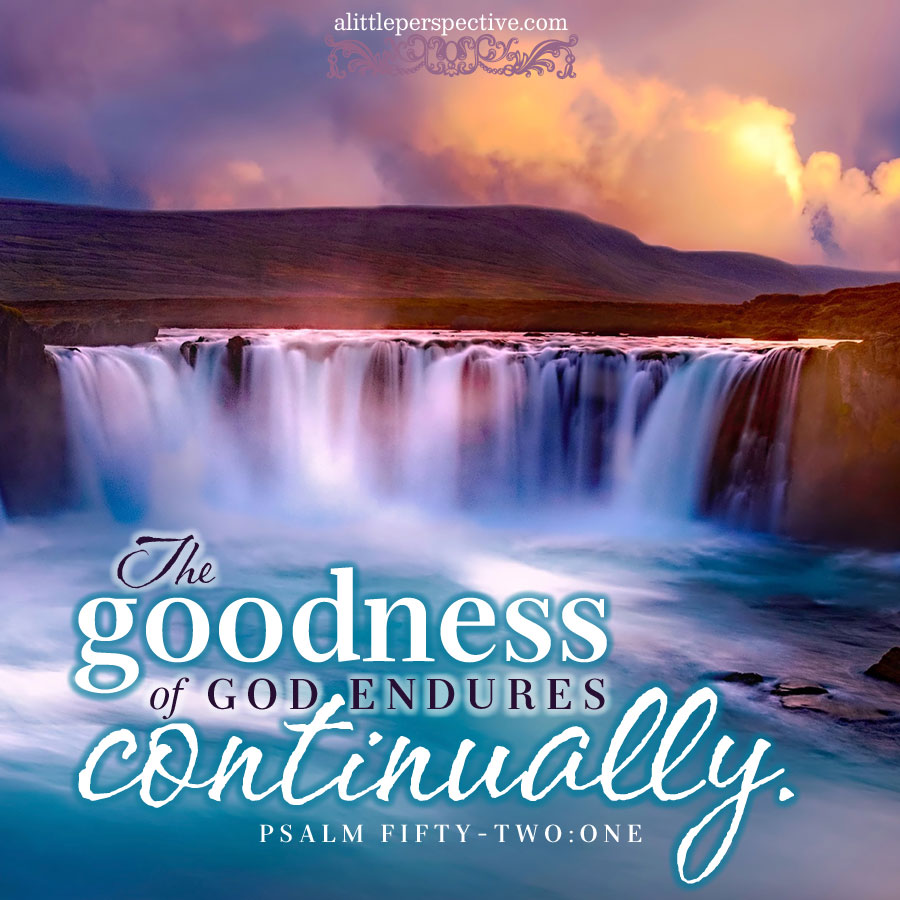 Psalm 52 is the psalm David wrote upon learning of the treachery of Doeg the Edomite.

I think today’s chapters are revealing that it had begun to be common knowledge that David had been anointed king over Israel, after Samuel prophesied to Saul that the kingdom would be torn from him. I don’t believe either Samuel or David spoke of it, and Samuel took pains to keep his trip to Bethlehem innocent enough – he was afraid, even then, of Saul discovering his purpose in going, and killing him. Now this was even before David had killed Goliath, so Samuel, at least, even as early as that, had realized that Saul did not fear the LORD so as to refrain from killing His prophet without a just cause.

Perhaps it was the Bethlehemites themselves, being proud of one of their own, who had let it slip, so that the rumor filled Israel. The Scripture reveals that all Israel looked with favor on David above all the servants of Saul.

The enemy lied to him about David’s loyalty. David had too much respect for the anointed of the LORD to do anything against Saul (as we will see), but Saul, on the other hand, did not have respect for the anointed of the LORD. Without hesitation he ordered the death of 85 priests of the house of Aaron, who were at Nob, one of the Levites’ cities, where also the table of showbread was, and the ephod of the high priest. (The priesthood and tabernacle service may have experienced some disarray since the death of Eli, and his sons, and the capture of the ark. However, at least the showbread was put out, every morning, according to the commandment, and the ephod of the high priest was there as well.) So the lie of the enemy made sense to Saul, since betrayal and treason is what Saul would do if the roles were reversed. The negative lie, that David was conspiring to take the kingdom from Saul, had no basis in reality, but Saul acting upon it as if it were true, began to cause it to come to pass.

His irrational acts, based on his fears, were seeking to kill David, his most faithful and successful servant; seeking to kill his own son Jonathan; continuing to talk about conspiracies against himself when there were none, and then ordering the death of all the house of Aaron who dwelt at Nob.

Interestingly enough, when God had commanded Saul to put the Amalekites to the sword, he did not do it; but his disregard for the LORD was by now so great, that he had no qualms to do that exact thing to the city of Nob!

The enemy does the same to us, in lying to us about others, and trying to instill fear. Listening to fears can make a sane man unstable, and perhaps even insane. A mature man who behaves wisely knows the truth of God’s word, and uses it as a sword and shield to reject lies, and fears (‘Fear not’ is the most often repeated command in Scripture) and refuses to act on the enemy’s word, but only on God’s true word!