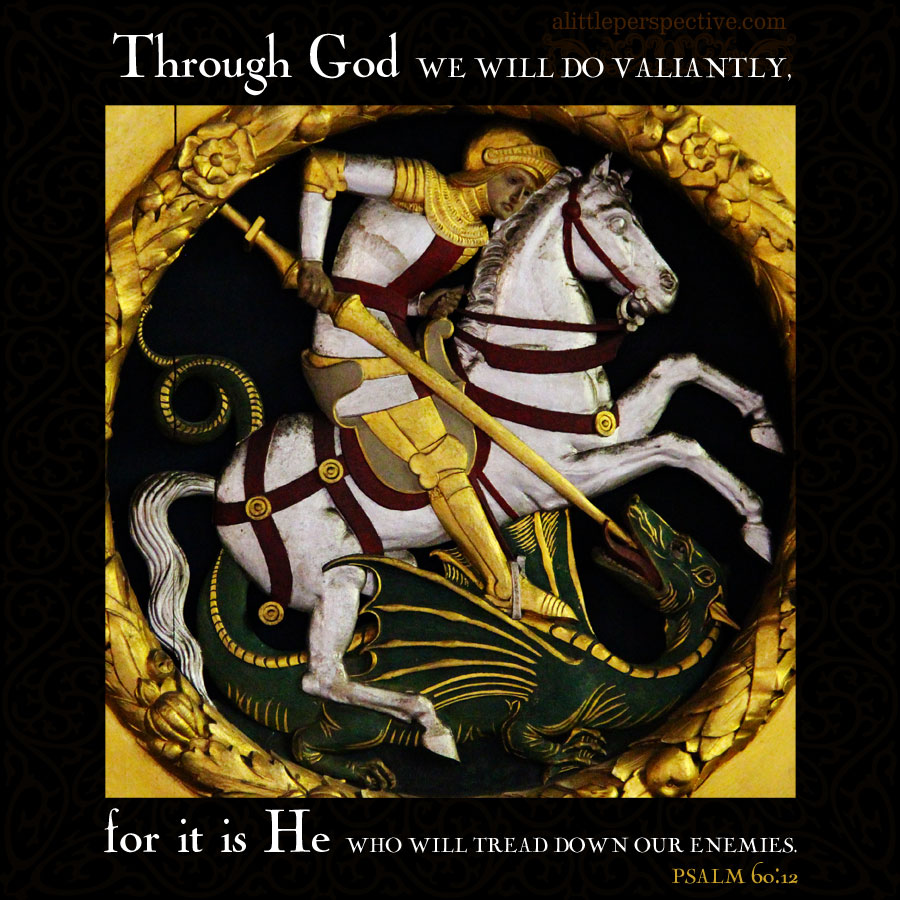 The strong themes from today’s chapters:

Saul’s jealousy is literally driving him insane. He claimed to Jonathan that the reason he sought David’s life was so that the kingdom would be established for Jonathan; but then in the very next paragraph cast a spear at Jonathan to kill him too! His children are not loyal to him in the matter of David, for both brother and sister, Michal and Jonathan, deceive Saul to help David escape. Even the LORD prevents Saul from capturing the son of Jesse, for Saul’s messengers and even Saul himself, cannot get close to Samuel and David without the spirit of prophecy coming upon them so that their plans are thwarted.

David while but a youth killed his enemy, the Philistine giant, armed with his simple and strong faith in God. But now he is facing a much greater enemy than even a Philistine giant: his own king, to whom he owes fealty, and his own changeable father-in-law, whose word and loyalty cannot be trusted.

But the path for victory for David will be the same for his new greater enemy as it was for the Philistine giant–and this is the lesson God is teaching David through his long battle with Saul. For David’s part, to win he must maintain his integrity and wisdom in walking in the LORD’s ways, and as he does so, Saul’s duplicity becomes even more evident. The battle is not David’s but the LORD’s, and the victory is not in sword and spear, but in reliance and obedience to the LORD God of Israel.

This history of David is teaching us that our warfare does not cease with victory over one giant, but the next, even greater, giant follows on his heels; although it may take a different form to cause us confusion. However, the fruit of the enemy does not change: he seeks to steal, kill, and destroy, and if he is seeking those things, then he has made himself our enemy. And our path to victory over every giant, no matter how great, is David’s path to victory. The battle is the LORD’s!