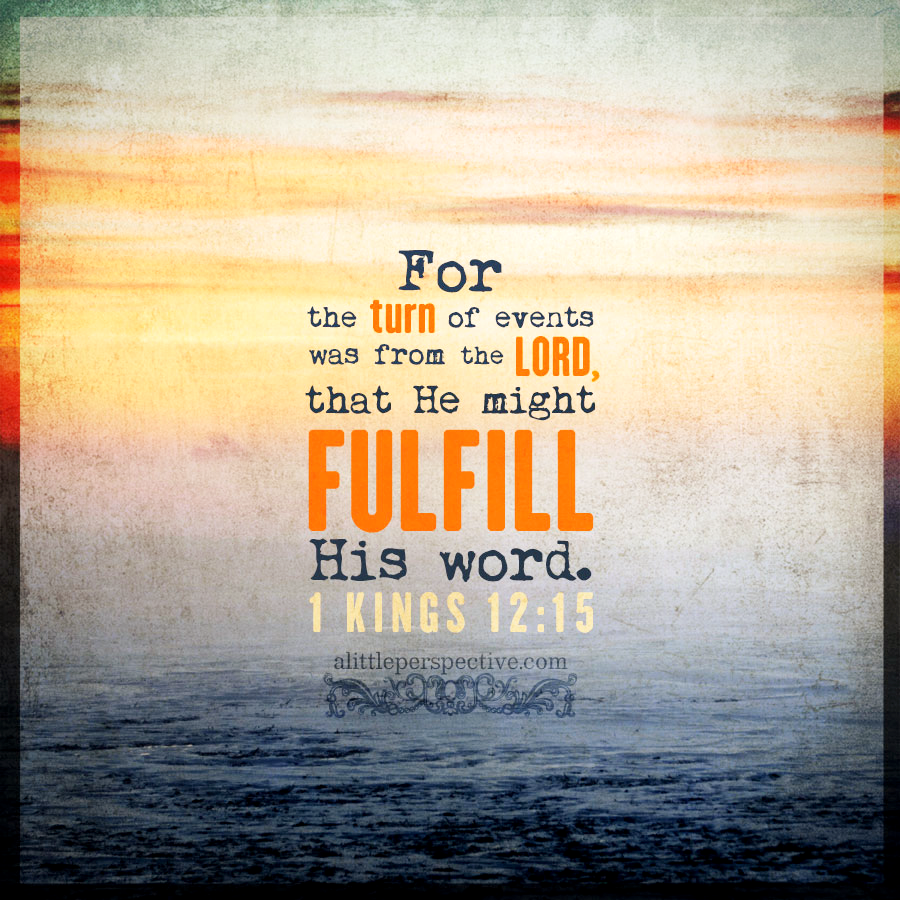 So just because the gifts of the Spirit are operating with a person, that does not necessarily mean that all the decisions and actions of that person will be right, or righteous. We must not be deceived, first of all, into thinking that because we see evidence of the Spirit, that all that the people are doing, is right.

God does not want His people to suffer consequences or judgment! The way He protects His people from those things, is by giving them His word, and asking them to obey it. When we obey His word, and do not turn from it to the right or to the left, then we do not have to worry about whether we can discern deceptions or not — we will be protected from them.

It is so important to know what is in God’s word and what He has already said, because nothing He says today will contradict what He has said yesterday! He is the unchanging and immovable God, and His word likewise does not change or move!

why would the division of the kingdom be of the LORD