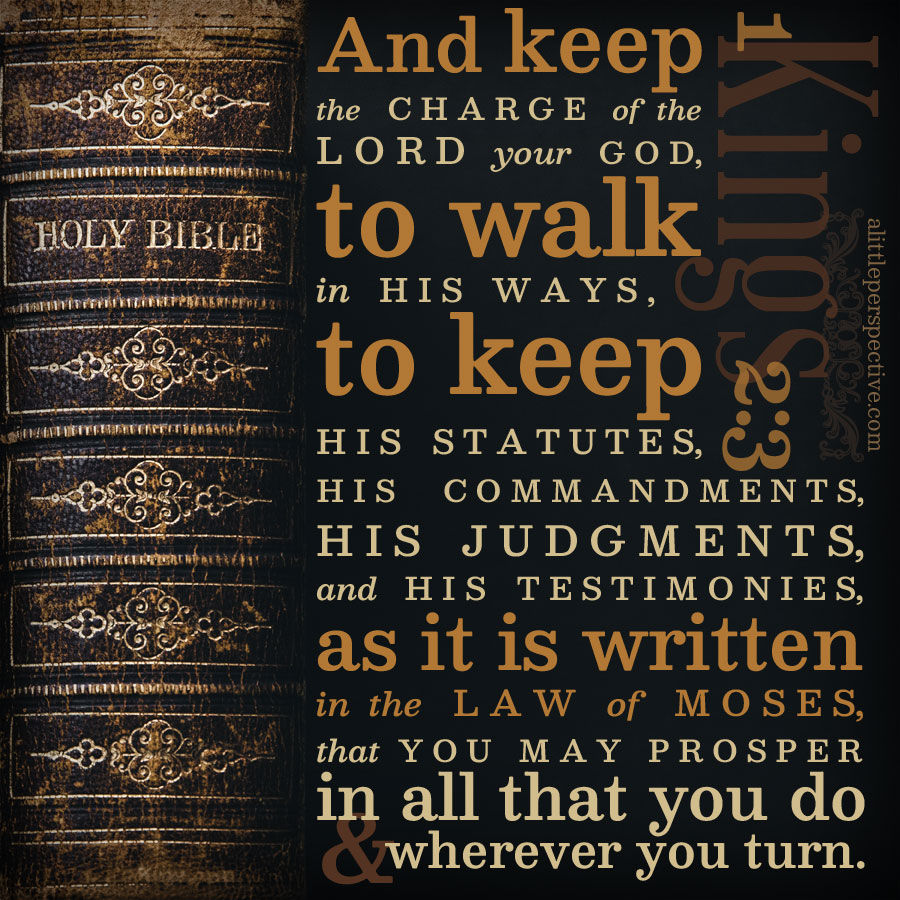 Today the strong themes explain the back story of the transfer of the kingdom from David to his successor, so let’s take them one by one:

1 Kin 1:1-19a {p} Adonijah exalted himself to be king while David still lived

The paragraph ends here: 1 Kin 1:19a He has sacrificed oxen and fattened cattle and sheep in abundance. {p}

This paragraph forms its own chiastic structure. The bookends have to do with Abishag the Shunammite serving the elderly King David. This is an important clue into Adonijah’s thought process. Adonijah was the third-born son of David, after Amnon, and Absalom. Seeing that David was now too weak and infirm to any longer enforce his will, he declared himself king, having gotten the delegated authorities in Israel to support him: the commander of the army, Joab, and the high priest, Abiathar. That it was known unofficially among the king’s household and circle, that it was his wish that Solomon rule after him, can be seen by the fact that Solomon, Nathan, Zadok, and David’s mighty men were not invited to Adonijah’s little coup.

So then let’s keep in mind the larger picture: it is, knowledge of the king’s will, and rejection of it. Joab had already displayed no shame in flaunting the king’s will, so it is no surprise that he went with the son who was the obvious choice according to the world’s criteria: next in line because of birth order, and of handsome appearance. Those who were swayed by the world, in other words, supported the worldly choice, and those who had ears to hear what the Spirit was saying: David, Solomon, Nathan, and Zadok, were left off the invite list.

But when Adonijah got fifty men to run before him (something that Absalom also did; in those days it must have had a cultural meaning of, this is the crown prince and heir) the text notes that David did not rebuke him. Does it seem a pattern with David, that with his older sons who were born to him while he was young, that he indulged them? But Solomon was born to him when he was older, and I believe the evidence of Scripture is that David took great care to raise him in both the nurture and the admonition of the LORD; and not the nurture only. In other words, the wisdom of his years revealed to him his shortcomings as a father, which he resolved to correct at the turning point of his life, at his repentance and renewal following the Bathsheba and Uriah incident.

Why do I say that David carefully raised Solomon: David composed Psa 119 as a teaching tool to teach Solomon his aleph-bet, and the Proverbs of Solomon are full of the wise instruction of a father to his son. The instruction of David, in other words, to his son Solomon. So the Lord’s choice to be king, was Solomon (as Adonijah even admits, 1 Kin 2:15).

It is revealed clearly that Solomon was David’s choice to reign after him, but David had not relinquished the kingdom, as he still lived. But Adonijah’s attempted coup showed him that the wisest course would be to relinquish the kingdom and establish Solomon as king before the day was out, and so he did. It was no longer to be, King David, but from that day forward, King Solomon, even while David still lived. So:

1 Kin 1:19b-31 {s+p} David willed that Solomon reign after him, so he purposed to establish him on his throne that day

The next two paragraphs are self-explanatory:

David’s final charge to Solomon was to know the LORD’s will, as revealed in His statutes, commandments, judgments, and testimonies, contained in the Law of Moses, and to keep it. Align yourself with the Great King’s commandments, O Solomon, to obey them! And take note of these men: Joab, and Shimei, who knew their king and his will, but revealed by their actions that their heart was far from him.

This was a puzzle. Why not end the strong theme with the record of David’s reign, and the beginning of Solomon’s; why include the next paragraph also, which seems to more properly align with the paragraphs following it? These departures from human logic is precisely why the English translators of the Bible discarded the Hebrew paragraph divisions which the Jewish scribes had carefully preserved for millennia. But God’s thoughts are not man’s thoughts, and He is teaching us how to think His thoughts after Him.

The first paragraph records the succession of the kingship: first David, then Solomon. The next paragraph ends in an unusual place. It ends with Solomon’s reaction to his mother’s request, before anything is done about it, good or bad:

And King Solomon answered and said to his mother, “Now why do you ask Abishag the Shunammite for Adonijah? Ask for him the kingdom also—for he is my older brother—for him, and for Abiathar the priest, and for Joab the son of Zeruiah.” 1 Kin 2:22

His question, Why do you ask for Abishag for Adonijah? reveals that he understood it was not something she thought to ask Solomon herself, but something she was put up to. She was manipulated, in other words. She did not see the harm in the request herself, so she took it to Solomon. But Solomon immediately saw the harm in the request. He perceived that Adonijah, Abiathar, and Joab were still in league, and were willing to manipulate others to get what they wanted.

For what is manipulation, but a recognition that your own will has been denied, thwarted, or otherwise not established, so, rather than laying down that will, it is still determined; only covert means, and pressure, is applied in order to bring about that will by force. Manipulation is an attempt to enforce one person’s will upon another, who does not want it or who has denied it, whether from a position of authority or no. The larger picture, is that anyone willing to employ manipulation, has already set his heart on rebellion, for it is a denial of the fact that the will has been countermanded.

So Solomon perceived that rejection of King David’s decision, and refusal to accept himself as king in Adonijah’s stead, was at the heart of Adonijah’s manipulation, and that he was still in league with Joab, and Abiathar. Solomon realized that the league perceived his mercy to Adonijah as weakness, so they were not afraid to manipulate the king’s own mother! We can really can see how wise Solomon was from a young age, because he immediately perceived all this.

1 Kin 2:23-25 {s} Solomon commanded Adonijah’s execution, since he manipulated his mother
1 Kin 2:26-27 {p} Solomon removed Abiathar from being priest (for he had supported Adonijah as king)

Because Solomon perceived in Adonijah and his league, a continued rebellion against the king’s will rather than a true repentance, and submission to the king’s will, Adonijah was executed, and Abiathar removed from being high priest. So the strong theme: Solomon removed those who were authorities, but who cherished rebellion against the authority they themselves were under: the king, and ultimately, God.

This was the final puzzle, but working out the previous strong themes reveals the pattern that Scripture is establishing. We see a repeat of clemency shown, then flaunted, the very thing that happened with Adonijah. Solomon allowed Shimei to live, but the condition was that he not leave Jerusalem, a condition that Shimei agreed to as good. But after some time had passed (three years – three is a sign of Messiah in Scripture), Shimei, most likely, lost the healthy fear of King Solomon that he had had previously, that caused him to obey the condition of his clemency, and instead, transgressed the condition of his clemency. He flaunted the king’s mercy, in other words. Solomon said to Shimei, when it was discovered:

“Why then have you not kept the oath of the Lord and the commandment that I gave you?” 1 Kin 2:43

This is the key messianic prophecy to which the sign of Messiah alerted us. Breaking commandment is the equivalent of flaunting mercy. We have received great mercy, Amen? But our liberty in Christ is not a license to sin and break commandment, but freedom from the power of sin so that we can now be slaves of righteousness!

So the strong theme:
1 Kin 2:28-3:2 {s+s+p} Authority transferred from those who flaunted the king’s mercy, to those who submitted themselves to his will, thus Solomon’s kingdom established.