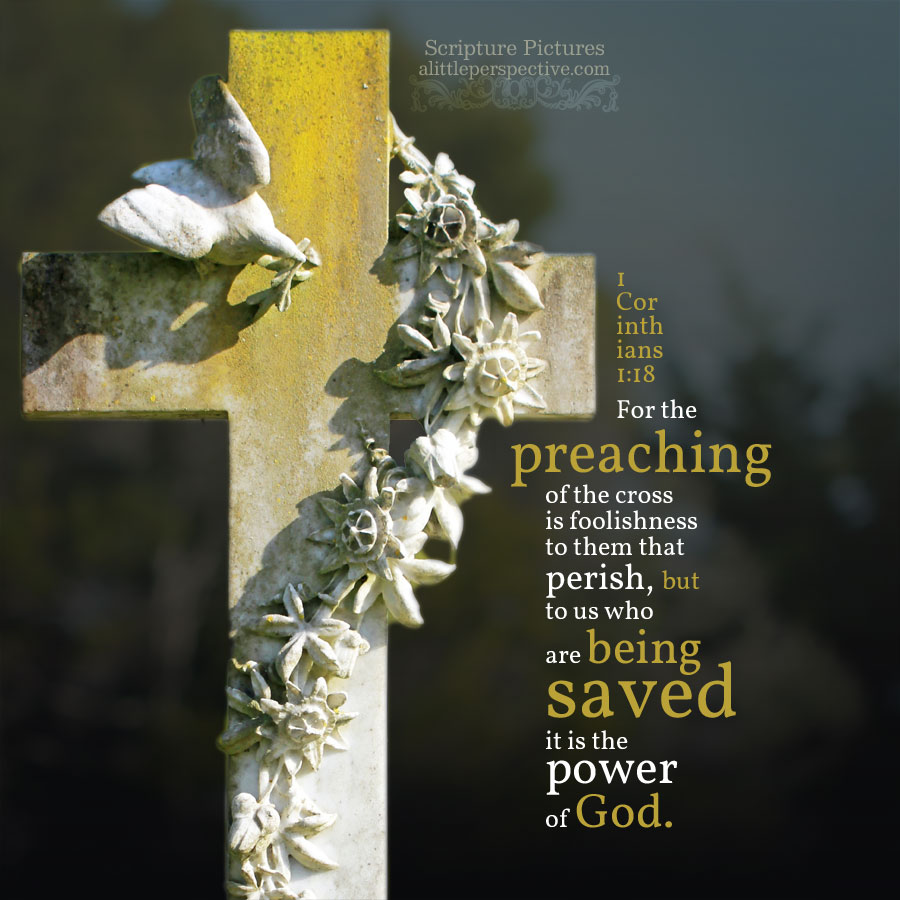 There are smaller chiastic structures in 1 Cor 1 (please review the teaching tools of scripture). My suspicion is that just as with Romans, the entire letter will make one chiastic structure, by the time we have reached the end of it.

B pair: What is foolishness to those who are perishing is contrasted with the foolishness of God. The message of the cross is the foolishness of God. By believing (not by doing or striving), the world says, we are made right? By dying we live? By serving we become great? By yielding we increase power? These things make no sense to the worldly mind and worldly wisdom. Yet they are the strength and wisdom of God.

You can’t make a secret club out of it so that some can have power and lord it over others. Pagan religion and even modern religions (which are tired retreads of ancient ones, for there is nothing new under the sun) thrive on secret knowledge. Striving for the next ring just within sight keeps men working toward a goal. Science in its own way is a modern day religion of the secret club. There is truth, which it is always striving for but can never attain (2 Tim 3:7). Just when you think you have attained it, someone else discovers something else that throws your whole little system that you have become king of, into doubt.